Toshiba sells a line of 2-in-1 tablets with detachable keyboard docks under the Toshiba Satellite Click name. The company has been offering models with 13.3 inch displays since 2013. Earlier this year the company unveiled a smaller model with an 8.9 inch display called the Satellite Click Mini.

And now it looks like there may be a 10 inch model on the way folks that want something in between those two sizes. 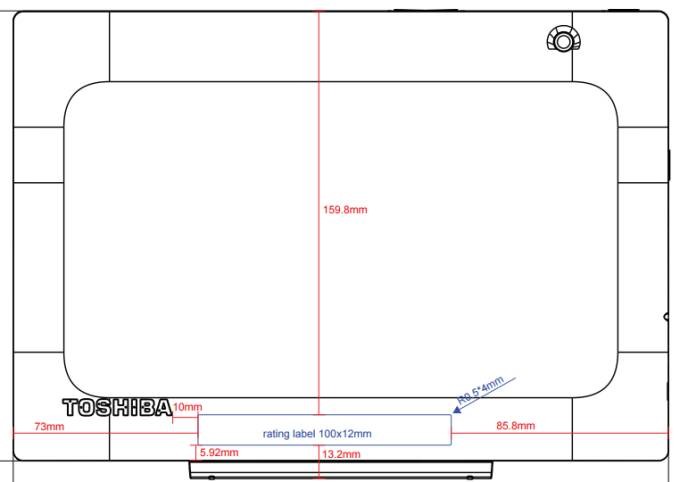 An unannounced device called the Toshiba Satellite Click 10 showed up at the WiFi Alliance website recently, and this week it passed through the FCC website as well.

Just about all we know about the tablet at this point is that it features dual-band 802.11a/b/g/n WiFi, a 21.8 Whr, 5,820 mAh battery, and Windows 8.1 software. But the name also suggests it’ll have a 10 inch display and a detachable keyboard dock that lets you use the tablet as a notebook. The line drawing above also has a protrusion that looks a lot like a docking mechanism that connects the keyboard and tablet.

There’s no word on the release date, price, or other specs such as screen resolution or processor yet. But if the Toshiba Satellite Click 10 launches after July 29th, there’s a good chance that it’ll come with Windows 10 pre-installed rather than Windows 8.1.