T-Mobile customers now have the option to upgrade to a new phone anytime they want, for no additional fee.

The wireless carrier first launched its Jump upgrade program 2 years ago, but at the time you had to pay $10 per month for an option to swap out your old phone for a new one up to twice a year.

Now you can do it up to three times each year… and you don’t have to pay an extra $10 per month. The new Jump On Demand program is included in your normal T-Mobile payment. 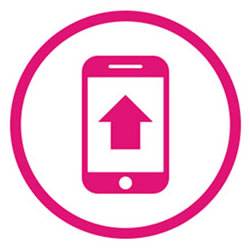 Jump On Demand launches on June 28th, and only select smartphones will be available at launch.

Most US wireless carriers lock you into a 2-year contract and don’t let you upgrade to a new phone until it’s time to renew the contract. If you want to upgrade early you typically have to make a hefty payment to cover the full cost of the new phone all at once instead of spreading it out over monthly payments.

T-Mobile’s new plan lets you switch to a new phone without waiting for your contract to end. Since most smartphone makers tend to put out new flagship phones on a roughly annual basis, this would let you upgrade to the latest iPhone or flagship phone from Samsung, LG, HTC, or other device makers (as long as the phones are part of the program).

Since you get up to three upgrades per year, you could also effectively use Jump On Demand to test one phone for a little while before deciding to choose a different model.

Note that if you do decide to trade in your old phone for a new one every few months, you’ll never actually own the phone outright. So in some ways, the Jump On Demand program is a way to keep customers paying a monthly fee to lease a phone instead of paying off the cost of a single phone over 2 years and then owning the device. But if you rarely find yourself hanging onto a phone for a full 24 months anyway, Jump On Demand could offer a way to save money.