PC maker Shuttle has been offering small form-factor desktop computers longer than most companies. But over the past few years, we’ve seen some really tiny computers from other manufacturers, so Shuttle has decided to launch its own systems based on Intel’s NUC design.

Shuttle is showing of the NC01 and NS01 NUC-format computers at Computex this week. 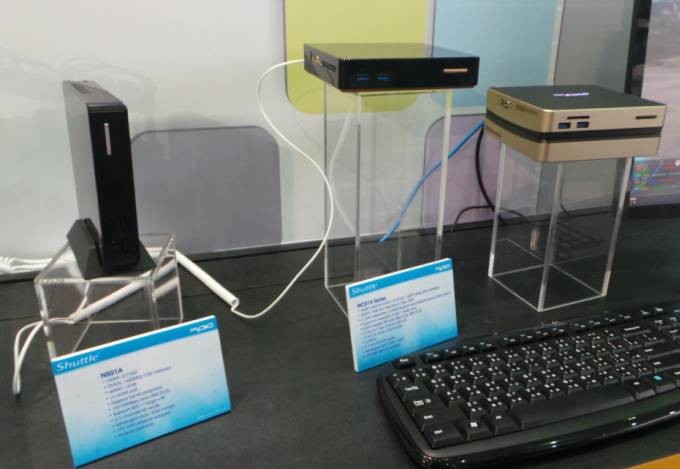 These 0.6 liter systems are just over half the size in volume of the company’s “slim” PCs like the new Shuttle DS57U3, DS57U5, and DS57U7 computers with Intel Broadwell processors (which the company is also unveiling this week).

Want better graphics? Shuttle designed the NC01U to be compatible with an attachable module which will add AMD Radeon graphics.