There was a time when BlackBerry dominated the smartphone space. But that time was before Android and iOS launched… and quickly dominated the market thanks to intuitive touch-friendly features and a huge selection of third-party apps.

Despite numerous attempts to release new hardware and software that would make its platform more popular, BlackBerry now has about a 1 percent share of the smartphone market.

So what’s next? The company may be planning to introduce devices that run Android software rather than BlackBerry OS. 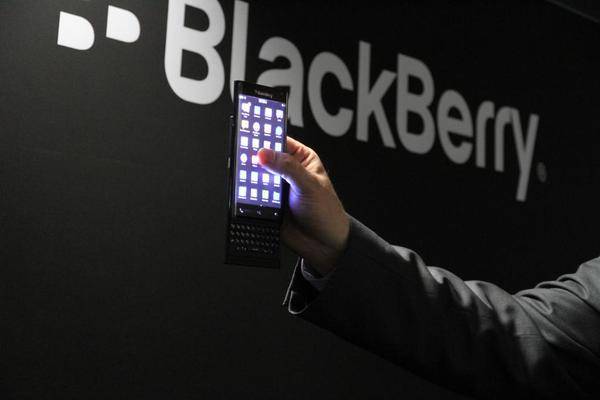 Reuters reports the first Android device from BlackBerry could be the smartphone with the slide-out keyboard the company briefly showed off at an event earlier this year.

The move would be a big one for BlackBerry… but it would be the culmination of a number of smaller changes the company’s made in recent years. BlackBerry Messenger software is now available for Android and iOS. BlackBerry OS 10 can run (some) Android apps as well as native BlackBerry apps, and even comes with the Amazon Appstore for Android pre-loaded. And BlackBerry Enterprise Service 12 is designed to let corporations manage devices using Android, iOS, Windows Phone, and Samsung KNOX software platforms as well as Android.

In other words, the company doesn’t just make software for its own devices and operating system anymore.

Does this mean BlackBerry OS 10 is dead? Not necessarily. The company could continue to offer smartphones running the operating system as well as new products running Android… but if it turns out the Android phone is a big hit, don’t be surprised if BlackBerry starts to scale back investment in its own operating system to focus on more profitable areas.

It’s conceivable that BlackBerry could get out of the hardware business altogether one day, focusing on providing security and communications apps and services for Android, iOS, and Windows. But one good way to show that the company is serious about supporting competing platforms would certainly be to release a phone or two running something other than BlackBerry OS.

The Reuters report is based on interviews with “four sources familiar with the matter,” who say that BlackBerry is “considering” the move. So it’s possible a decision hasn’t been made yet, or that the information available to those sources is inaccurate. But the idea of a BlackBerry phone certainly seems plausible… and it could appeal to fans of phones with physical keyboards. It’s been a while since any major phone makers have offered an Android phone with a keyboard.

29 replies on “Reuters: BlackBerry might offer Android phones (with keyboards)”