Microsoft has been working on a real-time translation feature for Skype, and last month the company made it easier for users to test a preview of the technology by letting users install the software without requesting an invite.

Now the company is getting ready to bring real-time translation to more users. A preview of Skype Translator will be rolling out to users of the Skype for Windows desktop app starting by the end of the summer. 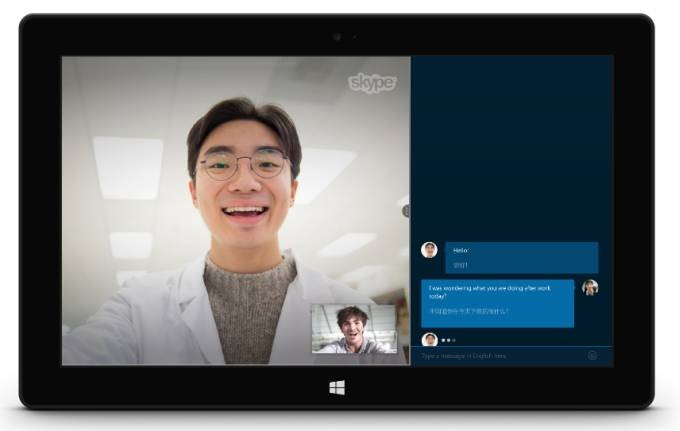 Skype Translator lets you make a voice or video call to a person who does not speak the same language as you. Skype will recognize their words, translate them in near real-time, and show you the translation on your display. The app can also speak the words aloud.

So “good morning” becomes “Buenos días” automatically, just a second after the words come out of your mouth.

Skype Translator currently supports voice translation for English, Spanish, Italian, and Mandarin. It can also use Microsoft Translator technology to understand and convert written text for 50 languages if you’re engaged in a text-based chat.

While it’s already possible to try Skype Translator, the user base will probably grow once Microsoft starts pushing it to existing users of the Skype app. Initially the feature will only be available in the Skype for Windows 8.1 (and later) app, but ZDNet reports Translator is also coming to Skype for Windows 7 eventually.