Want to check the weather, find out how old Harrison Ford is, or make a phone call… without actually touching your phone? Most recent Android phones can support voice commands when you start a sentence with “OK Google” (and when the feature is enabled from the Google Search app).

But… you’ll need an active internet connection to use OK Google. Try to use it when your phone isn’t connected to WiFi or a mobile data network and you’ll get an error message.

That could change soon. Android Police reports it looks like you might be able to perform some voice actions in the future even when your phone is offline. 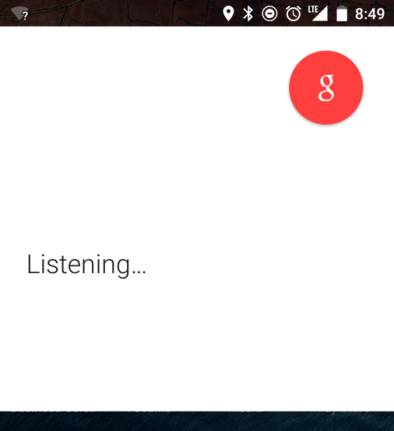 Offline support isn’t available yet, but there’s code in the latest version of the Google Search app that mentions “Offline voice” capabilities and which suggest you’ll be able to do a few things even when you’re not connected to the internet. That includes playing music, turning on WiFi, sending text messages, or making a phone call.

It’s possible that future updates could add support for even more features… but fore the foreseeable future it’s likely that you’ll have access to fewer voice commands when you’re offline than when you have an active internet connection.

Android Police notes that other changes in the Google Search app suggest that support for adjusting screen brightness and volume with voice commands may also be on the way.