Oculus is getting ready to launch the commercial version of its virtual reality headset in the first quarter of 2016. The company announced new details about the upcoming VR device at an event about a week before the upcoming E3 game show. 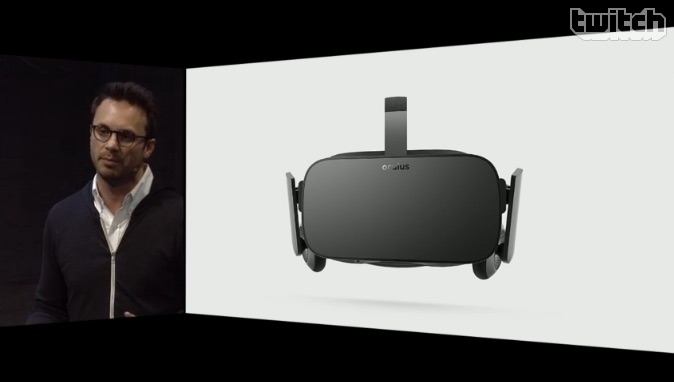 The Rift will feature a wireless sensor, about six inches tall, which includes a camera for tracking head movement. Data is sent to the headset over the air so you don’t have to be physically connected to your PC.

The headset also features two OLED screens with low persistence for smooth movement and an integrated 360-degree spatial audio system connected to removable headphones (you can switch the native headphones for your own).

There is a dial in the viewfinder so you can adjust the distance between eyes for a customized experience. The headset has been specially designed to work with glasses. It is lined with soft fabric for a more comfortable fit. 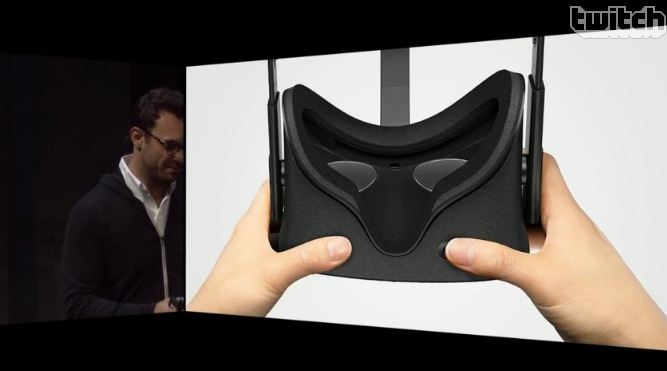 The facial interface is also removable and replaceable, presumably for upgrading the device without having to replace the entire unit.

Oculus Rift will run natively on Microsoft Windows 10. It will be able to stream Xbox One games and will come with a wireless Xbox One controller with an adapter for the Rift.

Dozens of game companies are already developing games for VR and there will be a lot of content available for the Rift at its launch. Including first-person shooters, third-person adventure games, and more. Oculus is also investing $10 million into game development for virtual reality to help keep content coming in.

Players will be able to access their games, see what friends are playing, and buy new content from the Home screen. The interface looks similar to Steam. The Home screen will be accessible on 2-D from computer screens so you can browse and buy games, as well as connect with friends.

Later today, you’ll be able to register for a live demo of the Rift via the company’s Oculus Live app on Android and iOS. 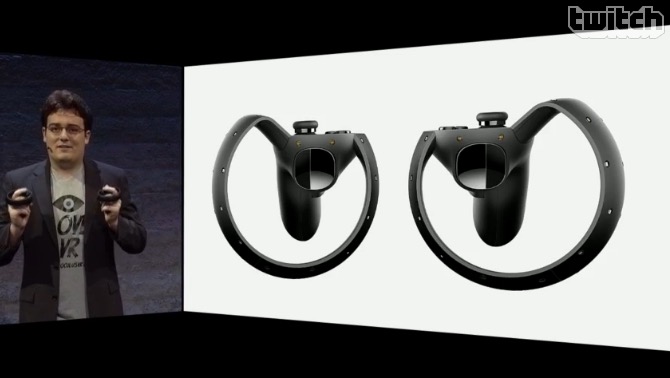 In a “one more thing” style announcement, the company also revealed its vision for the future of virtual reality game pads in the form of special game controllers called Oculus Touch.

Oculus Touch is designed with a number of features that simulate “hand presence” to make it feel like your virtual hands are your real hands. It features precise manipulation so you can do stuff like pick up a gun off of a table. It is also designed with low-latency tracking, as well as haptic feedback so users can perform such actions as waving and pointing.

Although designed with virtual reality in mind, Oculus Touch will also support traditional game controls, like joysticks and action buttons. No information was announced regarding pricing and availability of Oculus Touch.

Oculus is a major player in the VR space… but it’s not the only player. HTC has its own headset under development, and Google’s Cardboard platform makes it easy for anyone to strap an Android phone or iPhone to their faces with a headset made from a folded-up piece of cardboard.