About a month after launching a preview of Word, Excel, and PowerPoint for Android smartphones, Microsoft has removed the preview label. Now the company’s mobile Office apps are available for anyone running Android 4.4 or later. You don’t need to sign up as a beta tester anymore. 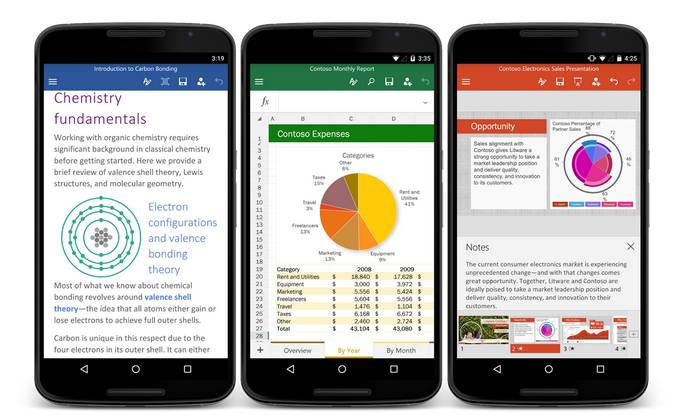 Microsoft designed the mobile apps to be compatible with the documents created in the desktop versions of Word, Excel, and PowerPoint, but the user interface has been tweaked for smaller devices with touchscreen displays.

The company has also made some changes based on feedback from beta testers, including improved support for storing documents to cloud storage services Box and Google Drive (as well as Microsoft OneDrive).

The apps join Microsoft’s OneNote app, which has been available for Android for years.

You can use Microsoft’s Office apps for Android for free to view, create, and edit documents. But if you want additional features you’ll need to pony up some cash for an Office 365 subscription. You’ll need that subscription to create or edit documents on tablets with screens larger than 10.1 inches, for instance.

Word, Excel, and PowerPoint are all available from the Google Play Store as well as the Samsung Galaxy Store and serveral Chinese app stores including Xiaomi, Baidu, and Tencent.