Microsoft recently announced plans to bring its Cortana digital assistant software to Android and iOS devices. Now the company is giving us an updated timeframe: you’ll be able to try a beta of Cortana for Android phones in July.

The company had originally promised an Android release in June with an iOS version of Cortana coming later this year. 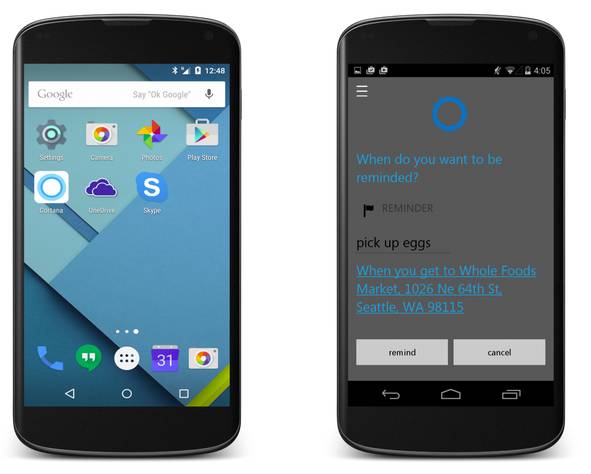 Cortana is a service that lets you search the web, set reminders, make appointments, take notes, and do much more just by talking to your device.

The service initially launched on Windows Phone devices, but Microsoft is also bringing Cortana to Windows 10 PCs, notebooks, tablets, and to the Xbox One game console.

The Android app is designed as a companion for Windows devices: your data can be synchronized between devices so that you can set a reminder on your phone and your Xbox or PC will interrupt you while you’re watching a movie or surfing the web to let you know that it’s time to walk the dog.

Since Cortana for Android won’t have the same deep integration with the operating system that it has on Windows Phone, some features may not be available. For instance, you’ll have to open the app to use Cortana: there’s no option to set your phone to listen for a “hey Cortana” voice command when the app isn’t in the foreground. I also wonder if it’ll be able to integrate with other Android apps to let yous end text messages, play music, or get directions.

We should find out in July.

2 replies on “Microsoft: Cortana beta for Android coming in July”