If you’ve been wanting to get your hands on a smartphone running Ubuntu software, but have been underwhelmed by the first two Ubuntu phones from BQ, now there’s a more powerful option.

The Meizu MX4 Ubuntu Edition launched a version with Ubuntu in China in May. Starting June 25th, 2015 it goes on sale in Europe for €299 (about $335 US). But there’s a catch: there will be a limited quantity of devices available, so you’ll need to request and receive an invite before you can actually by the phone. 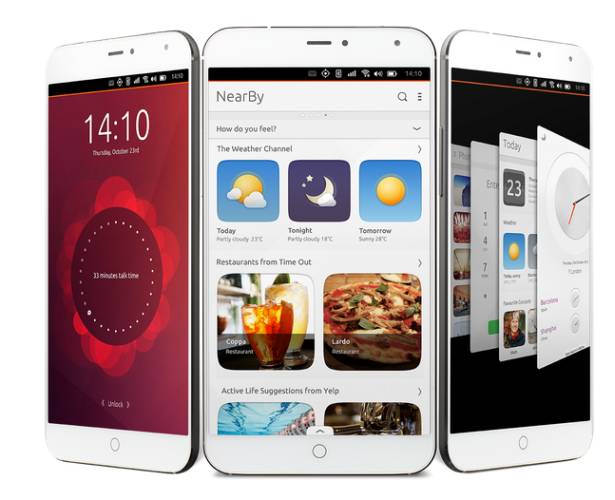 Meizu initially launched the MX4 as an Android device, but the Ubuntu version has the same hardware. It features a 5.4 inch full HD display, a MediaTek MT6595 octa-core processor, 2GB of RAM, 16GB of storage, a 20.7MP camera, and a 3,100 mAh battery.

Ubuntu is a GNU/Linux-based operating system that was initially designed for desktop, notebook, and server computers. But the folks at Canonical (the company behind Ubuntu) have been working to make a smartphone and tablet-friendly version of the operating system for the past few years.

You can download and install Ubuntu on a handful of devices including some Google Nexus phones and tablets. But the Meizu MX4 Ubuntu Edition is just the third device to ship with the software pre-installed, and it’s the most powerful of the bunch.

The operating system features a unique user interface, an emphasis on “scopes” that lets you view information from third-party apps on the home screen, and support for a small (but growing) number of native apps. Advanced users can also access  terminal and get a more geeky experience, but this isn’t one of the upcoming “convergence” devices that Canonical hopes to see later this year.

Convergence will allow smartphones to run full-fledged desktop apps as well as mobile apps. Connect your phone to an external display, mouse, and keyboard and you can treat it like a desktop computer with access to many of the features you’d expect from a traditional PC running Ubuntu. Pick up the phone and disconnect those peripherals and you get a touch-friendly user interface.

You can find some hands-on photos and first impressions of the Meizu MX4 Ubuntu Edition at WebUpd8.