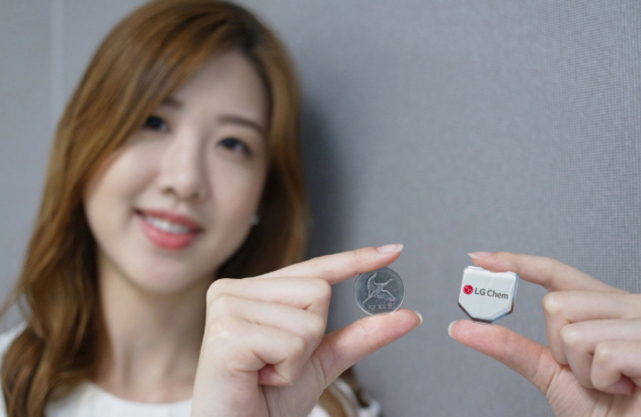 A few major manufacturers produce smartwatches with round displays. LG offers the G Watch R and G Watch Urbane and Motorola has the Moto 360. The Korea Times reports more manufacturers, like Samsung, plan to introduce new smartwatch designs at the IFA Technology Fair in September.

According to LG Chem, the hexagonal battery improves capacity by 25 percent, providing as much as four additional hours of battery life to circular smartwatches, which makes sense, since the battery can be made larger as it fits more area of the watch.

LG Chem noted that the new shaped battery was the result of collaboration with a top-tier tech company, but would not specify whom. Unnamed sources claimed that Apple and LG Electronics were decidedly not part of the collaboration. Which leaves Motorola and Samsung as possible partners.

We already know from a teardown by iFixit that the Moto 360, at least for now, houses a rectangular battery. It is possible that Motorola wants to make some changes to its circular watch specs.

Samsung recently revealed a teaser of its upcoming circular smartwatch by launching a special software development kit to allow developers to create round apps for it. It is possible that the company contracted LG Chem to produce the hexagonal battery to provide maximum battery life for its newest smartwatch.