But this fall Apple Music will also be available for Android. 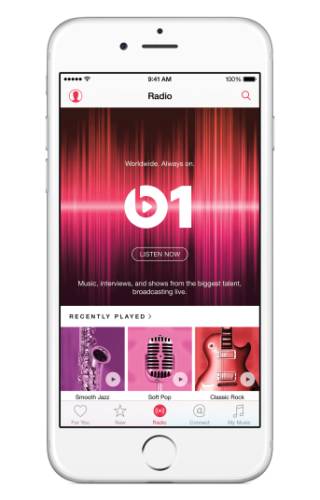 The move makes sense: Apple acquired Beats in 2014, and it wasn’t just for the company’s headphones and speakers. Apple also took over the Beats Music streaming audio service (which was already available for both Android and iOS) and brought Beats founders Jimmy Iovine and Dr Dre into the Apple family.

Apple Music is the evolution of the Beats Music streaming service. It combines on-demand music streaming of millions of songs with personalized recommendations and live internet radio stations.

Apple wants its Music service to be big… and that means going where the users are. While Apple is one of the world’s top smartphone makers, there are a lot of companies making Android phones and tablets… and some reports estimate Android has a global market share of over 80 percent. The numbers are a lot closer in the US market, where Apple may have a market share of over 40 percent.

This isn’t the first time Apple has offered software for non-Apple hardware: the company has long offered iTunes software for Windows users that want to access Apple’s music and video stores. For a while Apple was also developing a Windows version of the Safari web browser, but that project’s been dead for a few years.

For the most part Apple has been a fairly insular company though. Google and Microsoft have been releasing apps for Mac and iOS for years. But Apple has rarely released Windows software and the company has never released an Android app until now.

Does this mean that we’ll eventually see Apple software such as GarageBand, iMovie, or iWork for Windows or Android? I wouldn’t hold my breath… but I also wouldn’t be entirely surprised.

We’re living in a cross-platform world. Many iPhone uses have Windows computers. Some Android users have Macs. And while Microsoft is hoping to convince you to buy phones, tablets, notebooks, game consoles, and holographic computers that all run Windows, the company continues to offer software including Office and OneNote for Android and iOS.

It’s not hard to imagine a not-so-distant future where it doesn’t matter what operating system you’re using, since most will offer the same key features and have support for the same apps.

Update: It looks like Apple has another Android app on the way. It’s called Move to iOS, and it’s designed to make it easy for folks moving from an Android phone or tablet to migrate their contacts, photos, message history, and other data including any available DRM-free music or books to an iPhone or iPad. 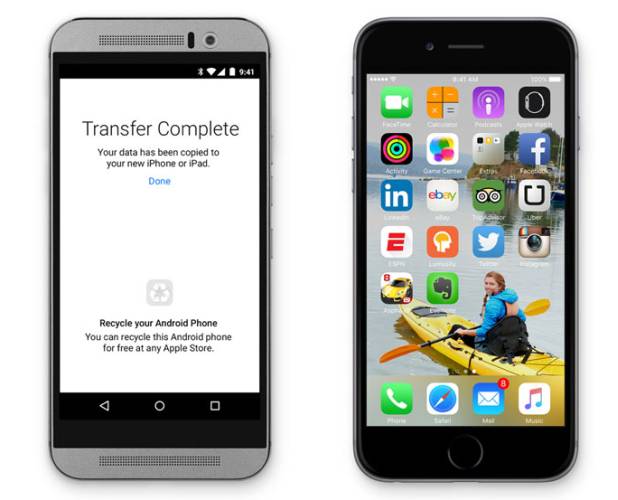 Move to iOS will also “help you rebuild your app library” by suggesting you download the iOS equivalents of free apps on your device.