Remember when new gadgets would come out and someone would always ask “can it run Doom?” The answer was usually “yes.” But there might be a better question today: can it run Android?

We’ve seen Android ported to run on all sorts of devices, ranging from the HP TouchPad tablet to the HTC HD2 smartphone, which had originally shipped with webOS and Windows Phone software, respectively.

So why not a graphic calculator? 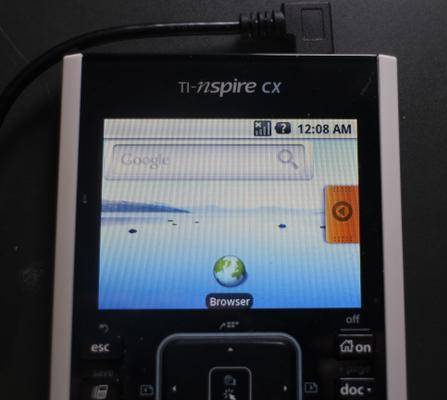 It sells for about $130, and while the calculator is clearly designed for, you know, calculating and graphing, folks have gotten it to do other nifty things like running Gameboy Advance games.

So @joshumax decided to see if he could port Android to run on the calculator. The answer was yes… kind of.

The latest version of Android which he could fit on the small amount of storage available was Android 1.6 Donut. But he’s managed to get the keyboard to work and reports that video playback also works.

There are certainly cheaper and easier ways to get your hands on an Android device. But I’m always impressed when someone manages to get software running on a device that it was clearly never designed for.

Update: Want some source code? You got it. How about a video? Here’s one: