One of the most iconic elements of the classic Fallout series of video games is the Pip-Boy, a wrist-worn computer that lets you check your inventory, stats, quests, and other details. The Pip-Boy concept was introduced in the first game which was released in the late 90s, long before smartphones and wearable computers became a reality for most of us.

But technology has come a long way since 1997… and the next Fallout game will let you use your smartphone as a real-life Pip-Boy. 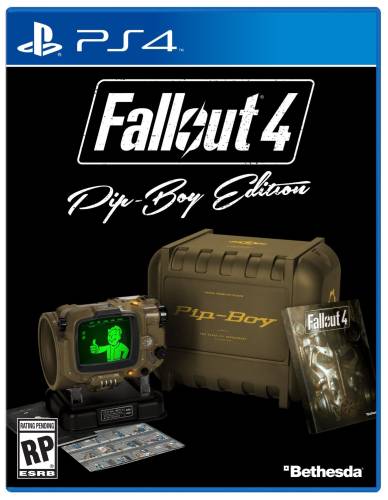 Fallout 4 goes on sale November 10th, and it’ll let you run an app on your iPhone or Android phone to view your Pip-Boy data on a second screen while playing the game on a PC, PlayStation 4, or Xbox One.

Want an even more realistic experience? Game maker Bethesda will offer a limited edition Pip-Boy version of Fallout 4 that comes with a real wrist cuff designed to look like the in-game wearable computer. Slide your phone into the cuff and you’ve got the closest thing to a real-life Pip-Boy you’re likely to get.

Don’t want to wait until November 10th to get your Fallout fix? There’s a new mobile game called Fallout Shelter which is available for iOS today. Bethesda may have plans to release an Android version in a few months.