As expected, Acer is showing off a new version of its Switch 10 tablet which features an Intel Atom Cherry Trail processor.

Mobile Geeks got a little hands-on time with the new tablet at the Computex show in Taiwan this week. 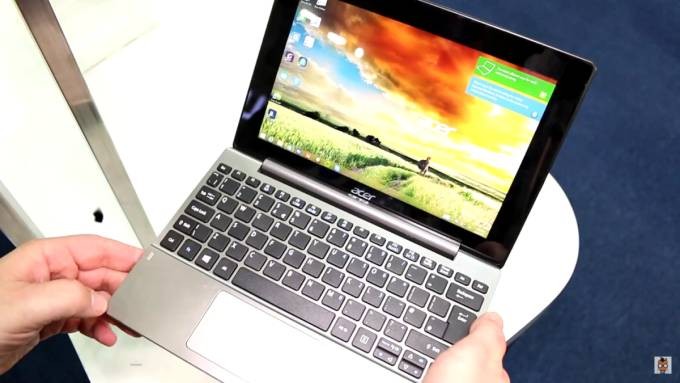 The new Acer Aspire Switch 10 V is a 2-in-1 Windows tablet with a detachable keyboard base. It looks a lot like earlier Switch 10 models, but the new version has a few major improvements, including:

The demo unit spotted by Mobile Geeks features 2GB of RAM and 32GB of storage, but it’s possible Acer will offer models with more memory and storage for higher prices.

Other features include a micro USB port, micro HDMI port, headset jack, and microSD card slot on the side of the tablet itself. There are front-facing stereo speakers, and front and rear cameras.

Unlike some other tablets on display at Computex this week, the Acer Aspire Switch 10 V does not have a USB-C connector.