The folks behind the Blocks modular smartwatch project are hoping to turn a concept introduced last year into a real product this year. Blocks Wearables has announced it’s working with Qualcomm to develop a watch powered by a Snapdragon 400 processor.

Blocks plans to launch a crowdfunding campaign for its modular watch this summer. 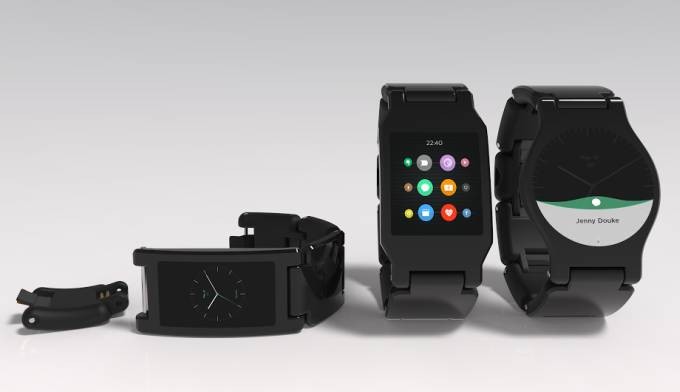 The core module of the first version of the Blocks smartwatch will be a round color touchscreen display module which also has a processor, WiFi, Bluetooth, motion sensor, microphone, and a primary battery.

With the core module, you’ll have all the basic features needed to make a smartwatch work. The system should be able to receive and display smartphone notifications, support voice commands, and handle activity tracking.

Want to add features to the watch? Snap a module onto the wristband to add support for cellular connectivity, GPS, an NFC chip for contactless payments, an extra battery, among other things.

Blocks says it’s signed a manufacturing deal with Taiwanese OEM Compal to build the modular smartwatch, and the team is partnering with British jewelry company Tateossian to design customizable removable shells for each module, giving users an opportunity to adjust the look and feel of their watches.

The smartwatch will run software based on Android Lollipop, but it will not use Android Wear. Blocks says its watches will be compatible with both Android and iOS.