But while BlackBerry has started developing software and services for Android, iOS, and Windows users, declining sales aren’t leading the company’s CEO to consider exiting the smartphone hardware business just yet. 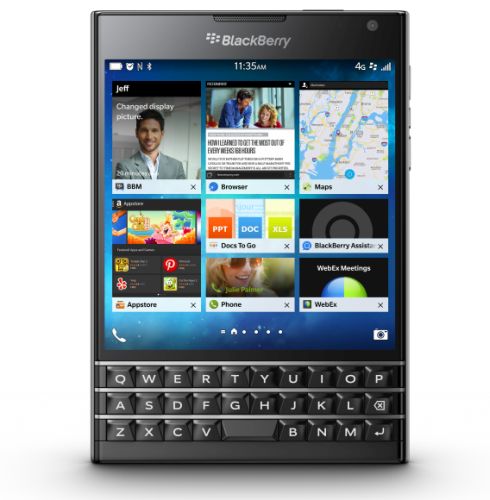 CEO John Chen says he still thinks there’s money to be made in hardware. Whether future hardware is running BlackBerry OS or Android remains to be seen though.

BlackBerry has been making some big changes as it continues to lose market share to Android and iOS. The company’s BlackBerry Messenger software is now available for other smartphone platforms. BlackBerry 10 devices now support Android apps from the Amazon Appstore. BlackBerry recently partnered with Samsung on a security-focused Android tablet. And the BlackBerry Experience Suite will bring more BlackBerry features to competing platforms.

It’s not hard to imagine a future where BlackBerry is known primarily as a company that develops security and communications software and services for other platforms. But the company has sunk a lot of money into its own hardware and operating system, and it’s not surprising that Chen isn’t ready to give up on that just yet. At the very least, BlackBerry phones with BlackBerry software serve as a showcase for what the company has to offer, much like a Google Nexus phone shows off Google’s vision of a pure Android experience.

Overall revenue for BlackBerry during the first quarter of the company’s 2016 fiscal year was $658 million, but there was a net loss of $28 million. That’s a bit lower than analysts had been expecting, and below the $966 million in revenue the company brought in a year earlier.