Intel may not be planning to offer a Compute Stick with an Intel Atom Cherry Trail processor. But it looks like Asus is.

Asus is showing off a tiny computer called the Asus Pen Stick this week at Computex. It’s a PC-on-a-stick featuring a Cherry Trail CPU, 2GB of RAM, 32GB of storage, and Windows 10 software. 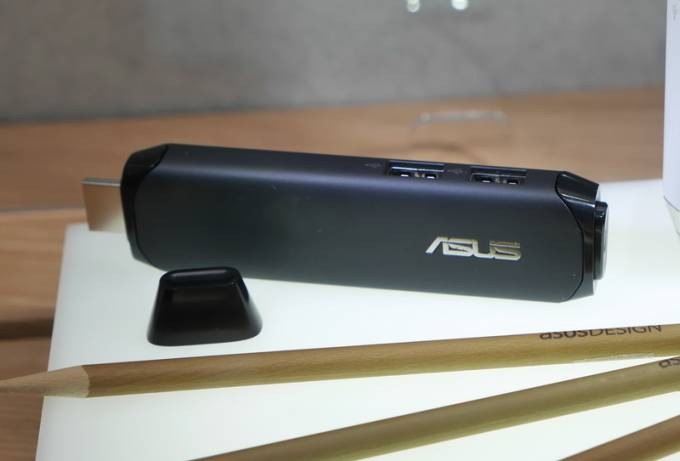 Like other PC sticks, the Asus Pen Stick is a compact computer that’s small enough to hold in one hand or slide into your pocket. In fact, it looks a bit like a large USB flash drive, but there’s an HDMI connector where you’d normally expect to see a USB connector. There’s a power button on the other side of the device.

Unlike the Intel Compute Stick, the Asus Pen Stick appears to feature a fanless design… or at least the prototype does. Other manufacturers have had to build small fans into PC sticks to keep the systems from overheating and throttling the CPU speeds. Hopefully Asus has found a way to do without the fan, but it’ll probably be at least a few months before we see the final design for this device.

Asus plans to launch the Pen Stick in the fourth quarter of 2015 for around $150, which is the same price as a current Intel Compute Stick with an Intel Atom Bay Trail processor.

This is actually the second PC stick we’ve seen from Asus. The first was the Asus Chromebit, a $100 device with a Rockchip RK3288 processor, 2GB of RAM, 16GB of storage, 802.11ac WiFi, and Google’s Chrome operating system.

Update: Mobile geeks has posted a video. It doesn’t show the Pen Stick actually working, but it provides a closer look at the device’s case.

via PC Watch and Hermitage Akihabara