Amazon is preparing to launch a new version the operating system that powers its Fire HD tablets. Amazon Fire OS will be based on Google Android 5.0 Lollipop… but users probably won’t see much difference when the software launches.

That’s because Fire OS is Amazon’s custom version of Android with Amazon’s own user interface, app launcher, settings menus, and content stores for apps, music, movies, and eBooks, among other things.

Amazon has launched a developer preview of Fire OS 5, but the company says outside of the move from Android 4.4 to Android 5.0, theere are no new features. 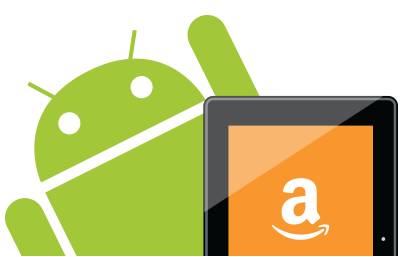 The developer preview is compatible with the Fire HD 6 and Fire HD 7 tablets released in 2014, and it’s designed to let app and game developers test their apps to ensure that they’ll run on those tablets after Fire OS 5 is released.

Developers can also use a web-based tool to check for Fire OS 5 compatibility without installing the preview on a tablet. But developers who do want a Fire HD tablet can get a $50 discount on a Fire HD 7 through the Amazon Developer Console through August 31st, 2015.

While Android 5.0 probably won’t bring Material Design or a new Quick Settings panel to Fire HD tablets, there are some other key changes in Android 5.0 that could offer a better experience in Fire OS 5.0. For instance, this is the version of Android that replaces the older Dalvik virtual machine with the new ART runtime, which could lead to improved performance for some apps.