Acer is providing a few more details about its upcoming Predator gaming tablet.

First unveiled in New York in April, the tablet also made an appearance at the Computex in Taiwan this week, where we learned that the Android tablet will feature an Intel Atom x7 Cherry Trail processor. 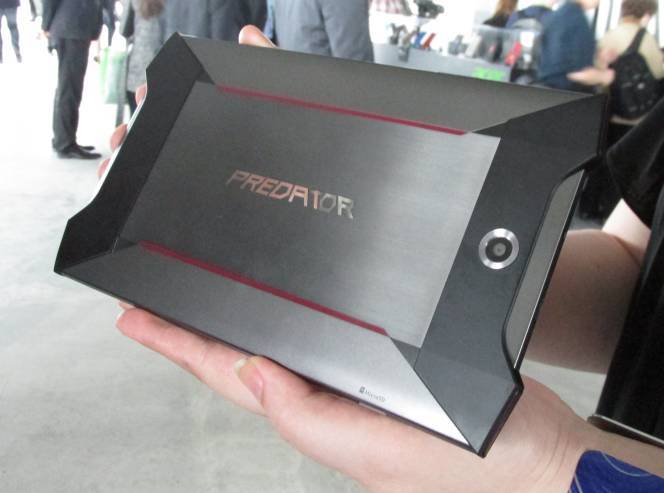 Intel showed off the tablet during its keynote at the computer show.

The Intel Atom x7 chip is a 64-bit, quad-core processor that uses around 2 watts of power under normal conditions. It’s the same chip that powers Microsoft’s new Surface 3 tablet. But the Acer Predator tablet is one of the first Android devices announced to feature the most powerful of Intel’s low-power Atom processors.

Other than that, about all we know about the Acer Predator tablet is that it has an 8 inch screen, four front-facing speakers (which can allow you to hear stereo sound whether the tablet’s in landscape or portrait mode), and that Acer says the tablet is designed for gaming. 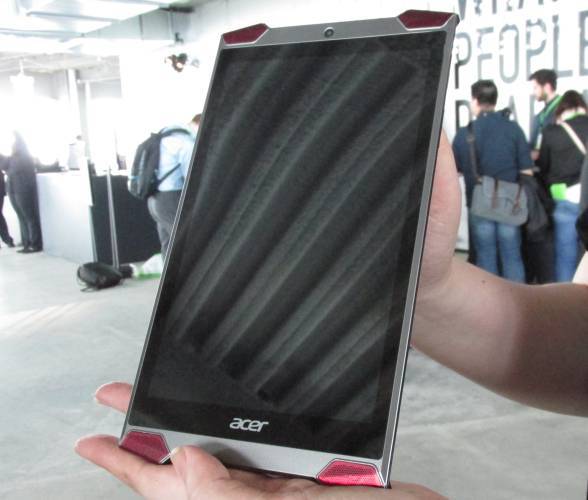