The Acer Chromebase is an all-in-one desktop PC with a 21.5 inch display and Google’s Chrome operating system.

Acer introduced the Chromebase in April and it started showing up in retail listings earlier this month. Now the company says the Acer Chromebase will be available in the US in July for $330 and up. 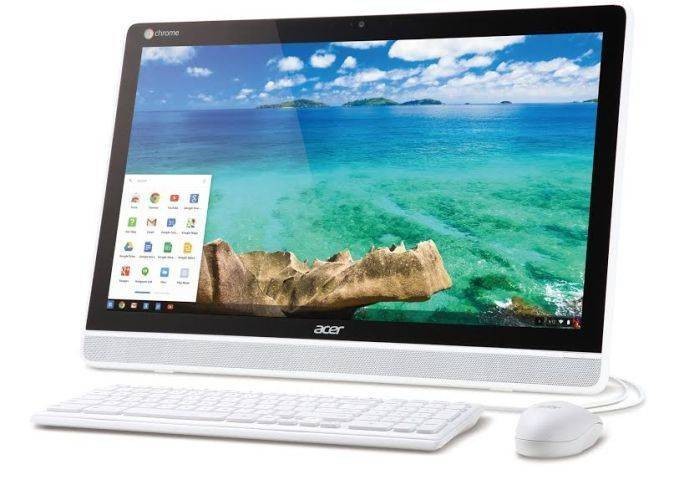 Acer is actually the second company to launch a Chromebase. LG introduced an all-in-one desktop with Chrome OS last year. But the Acer version is a little different since it features an optional touchscreen and an ARM-based processor, unlike LG’s Chromebase.

A model with a touchscreen display sells for $430, while a non-touch version is $100 cheaper. The system has a built-in kickstand that’s adjustable for angles from 15 to 75 degrees. You can also wall-mount the Acer Chromebase and use it as a touchscreen kiosk-style computer in publis psaces.