HP introduced its first Chromebook with an 11.6 inch display in 2013. But less than two years later, it looks like the company’s getting ready to launch its 4th different version of the HP Chromebook 11.

The new HP Chromebook 11 G4 features an Intel Bay Trail processor, up to 4GB of RAM, and a starting price of $219.

Update HP has officially introduced the Chromebook 11 G4, which is aimed at the education market. 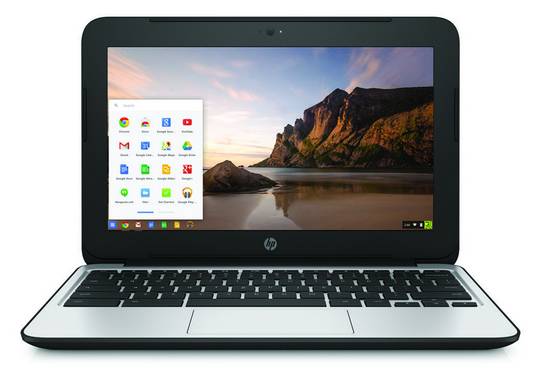 HP hasn’t officially introduced the new model yet, but the folks at German website WinFuture noticed details about the upcoming laptop at the HP website, where you can also find a “QuickSpecs” sheet.

HP will also offer a model with LTE and/or HSPA+ cellular connectivity.