There’s an ever-expanding number of mini PCs on the market, but many of these tiny desktops lack some of the features found on larger computers. Some have only a few ports. Most lack optical disc drives. And while some have solid state drives or hard drives, few have both.

And then there’s the new Zotac ZBOX R series. These little desktop computers have room for two 2.5 inch drives and some models have an additional mSATA SSD slot. 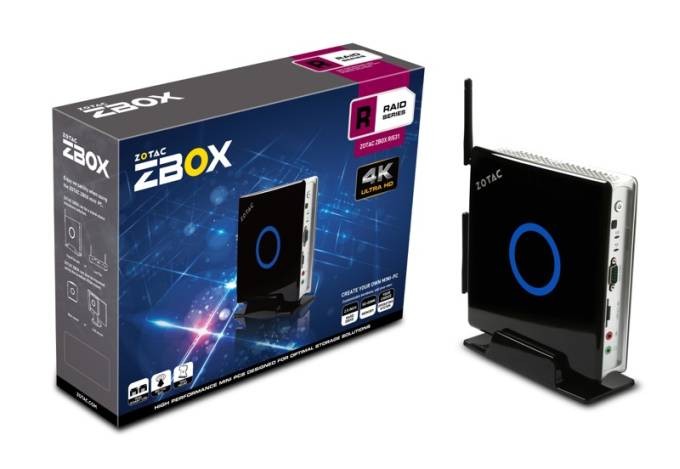 That means you can set up one of these computers to either write data across multiple disks for increased performance or duplicate all the data from one disk to another (which reduces performance a bit, but helps protect your data in the event that one of the drives fails).

The RI531 has an mSATA SSD slot and two 2.5 inch slots for hard drives or SSDs.

Zotac will offer a barebones model without any memory or storage, as well as a Plus model that features 4GB of RAM and a 64GB mSATA SSD.

While this model looks a lot like the RI531 on the outside, under the hood it has a less powerful (and cheaper) Intel Celeron 2961Y Haswell processor and lacks the mSATA slot.

The rest of the features are largely the same, but for now it looks like Zotac will only offer the RI323 as a barebones model. There’s no Plus version.

Both computers support Windows 7 or later.