The Xiaomi Mi4 is a smartphone with a 5 inch, full HD display, 3GB of RAM, and a Qualcomm Snapdragon 801 processor. It ships with Xiaomi’s custom version of Android called MIUI. But folks that want to try something a little different will get a chance starting June 1st.

That’s when users of this Chinese smartphone will be able to install a pre-release build of Windows 10. 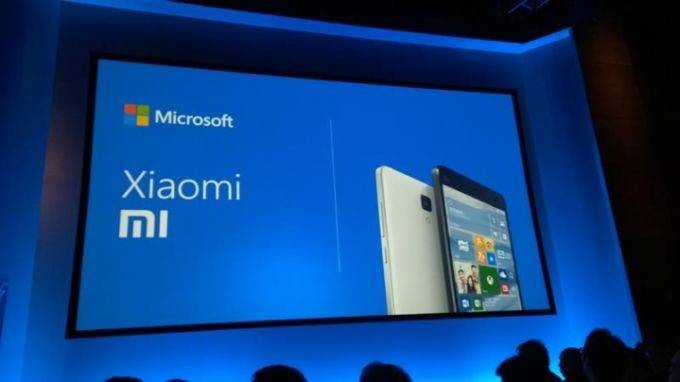 Earlier this year Microsoft announced plans to make a preview version of Windows 10 available for Xiaomi Mi4 users. Now the software’s just about ready to go.

This doesn’t necessarily mean that Xiaomi plans to actually sell phones with Windows 10 software. Instead, the company is working with Microsoft to essentially release Windows 10 as a custom ROM which advanced users can install on an Android phone much the same way they would install CyanogenMod, Ubuntu, or another ROM.

Windows 10 for smartphones is set to launch later this year, a few months after Windows 10 for PC. Microsoft has been making test builds available to members of the Windows Insider Program for a little while, but up until recently the software’s only supported a handful of Microsoft Lumia smartphones. Recent builds have added support for a few non-Microsoft devices, but the Xiaomi Mi4 will be the first phone that shipped with Android to support an official build of Windows 10.

It’s not clear if Microsoft will continue to offer Windows 10 ROM downloads after the operating system officially launches, or if this is just a way to get more people to help test pre-release builds. But I suspect there are plenty of Android power-users that wouldn’t mind flashing a Windows 10 ROM on their phones as long as they know they can always go back to Android if they find they prefer Google’s operating system.