Microsoft is rolling out another preview build of Windows 10 to members of the Windows Insider community of testers. This build for PCs includes a few changes to the Start Screen and Start menu layouts, a number of bug fixes, and improvements for certain key components of Windows 10.

But Microsoft is pretty much done introducing big new features: Windows 10 Preview build 10122 includes some of the features Microsoft showed off earlier this month at its BUILD and Ignite conferences. But with the full version of Windows 10 set to launch in a few months, the company has already shown us most of the features we can expect to ship this summer (as well as some that won’t be available until later in the year). 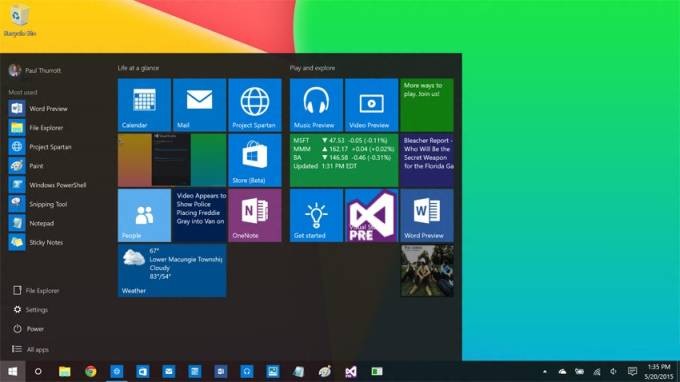 So what’s new in build 10122? Here are some of the highlights for desktop, notebook, and large tablet users:

Microsoft says it’s also fixed a number of bugs in this build, but advises anyone using a computer with an AMD graphics processor to hold off on updating for now since there’s a known issue that causes the Edge web browser to crash on devices with AMD graphics.

Windows 10 Preview build 10122 is rolling out now to Windows Insiders signed up for “fast” updates. You can delay the update (if you have an AMD GPU, for instance), by switching to slow from the Windows Update settings menu.