The Intel Atom processors are low-power chips designed for smartphones, tablets, and other small and relatively affordable devices. This year Intel is introducing several new members of the Atom family ranging from the reasonably powerful Atom x7 chips used in devices like the $499 Microsoft Surface 3, mid-range Atom x5 chips for devices that will sell for $349 or less, and x3 chips for entry-level devices.

How cheap is an entry-level device? Pretty cheap. One of the first devices with an Intel Atom processor is a 7 inch Android tablet that’s expected to sell for around $50 in China.

Want to have one shipped to the US? Geekbuying is taking orders for $70. 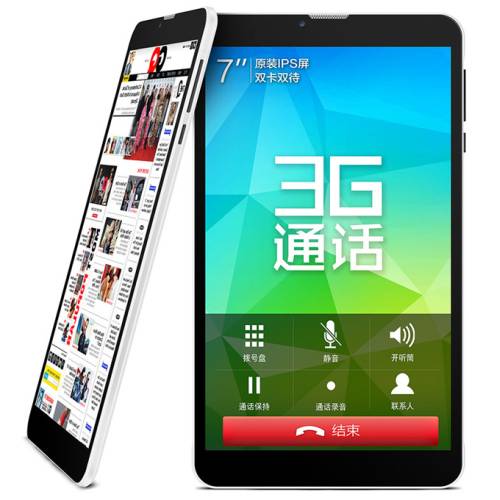 The tablet is the Teclast X70 3G and it features an Intel Atom x3-C3130 processor based on the architecture that used to be code-named SoFIA. The chip is a 1 GHz dual-core processor with Mali MP2 graphics and integrated support for 3G.

The Teclast X70 3G has pretty modest specs including just 512MB of RAM and 4GB of storage. It has a 7 inch, 1024 x 600 pixel touchscreen display, but at least it’s an IPS screen which should offer decent viewing angles.

While this is the first tablet to feature Intel’s new low-power x3 processor it probably won’t be the last. And while these tablets won’t be the fastest around, it looks like they will be some of the cheapest… or at least some of the cheapest with an Intel processor. The Teclast x70 3G sells for about one tenth the price of a Microsoft Surface 3 (or one seventh the price if you want to ship one to the US).