Watch maker Swatch is taking aim at one of the biggest problems with smartwatches: horrible battery life. You need to charge an Apple Watch every day. Most smartwatches using Google’s Android Wear or Samsung’s Tizen software only get 2-3 days of run time. And you need to charge Pebble watches every week or so.

But Swatch says it’s working on a new type of high-capacity battery that could let smartwatches run for up to 6 months between charges. The battery technology could also be used in electric cars. 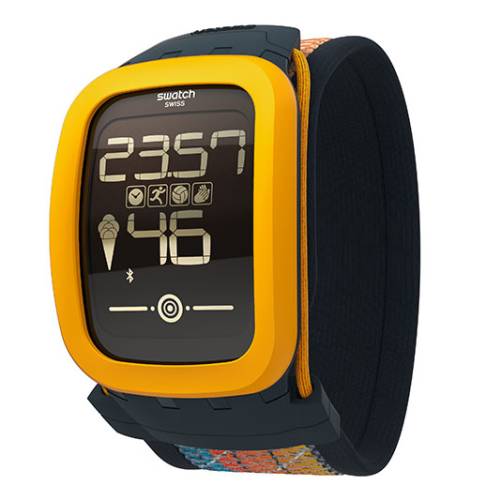 Swatch CEO Nick Hayek recently made remarks about its battery research to Swiss publication Handelszeitung and Reuters received confirmation that the company really does plan to launch a new type of battery in 2016.

While Hayek talks about a battery that would last for 6 months, that doesn’t necessarily mean it’d be 24 times more powerful than the battery in a Pebble smartwatch.

In fact, Handelszeitung says it’ll only offer up to twice the capacity of existing batteries. But that could be enough to let a watch with very basic “smart” features run for months at a time.

The Withings Activité Pop has an analog display and silent notifications but it also has sensors for activity tracking and pairs with a smartphone via Bluetooth 4.0. The watch gets up to 8 months of battery life with existing battery technology.

Swatch unveiled its own fitness-tracking watch earlier this year. It’s not exactly a smartwatch, but the Swatch Touch Zero One has a fitness tracker that can count steps and even “Beach Volley” activities while offering “months and months” of battery life.

Still, if Swatch does manage to create a more efficient battery, it could be huge news. While device makers and chip designers have been working to offer better battery life by making products that are more energy efficient, battery technology has improved pretty slowly over the past few decades. Often the only way to get longer battery life for your smartphone, tablet, notebook, automobile, or smartwatch is to cram a bigger, heavier battery into the device.