Spotify is rolling out a series of new features which take the streaming music service into new territory: The company is now offering access to podcasts and video clips in addition to millions of songs.

That’s not Spotify’s only new move though… the company is also adding new features aimed at runners, including custom playlists designed to match your tempo. 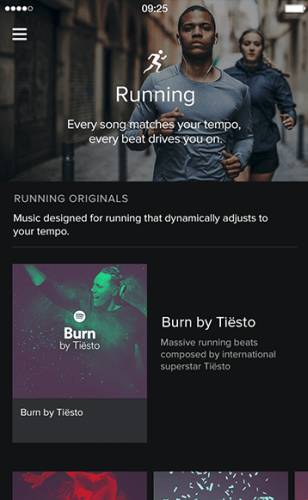 Spotify also has a new start page called Now, which suggests media based on the time of day. It also learns from your listening habits to offer better recommendations over time.

Wondering what kind of video content Spotify will offer? The company has partnered with ABC, the BBC, Comedy Central, ESPN, NBC, TED, Vice News, and other content creators.

All of the new features will be available first to folks who use the Spotify app for iOS. Video, running, and Now features should be available on other platforms at a later date.