Skype is now letting anyone use its real-time translation feature to talk to someone who speaks a different language.

Microsoft announced it would add real-time translation to its video-calling app about a year ago. Earlier this year, the Skype Translator preview, which included support for English, Spanish, Italian, and Chinese, became available to a small group of beta testers.

Today, Microsoft is removing the sign-up requirement for the Skype Translator preview, making it possible for anyone with a Windows 8.1 (or Windows 10 Technical Preview) for PC or tablet to carry on a conversation with someone in one of the four supported languages. 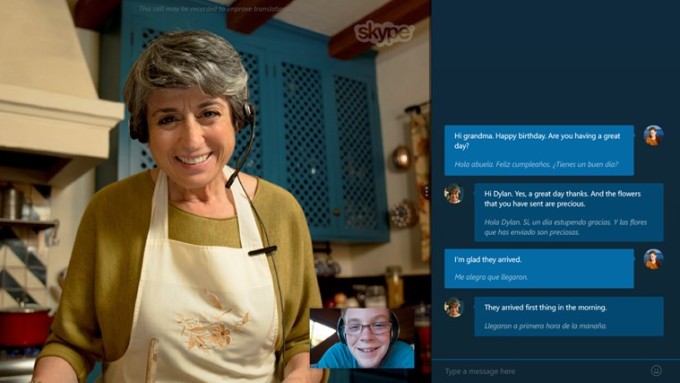 When using the app, you can choose to have an audio translation, which uses a computer voice to speak the words, or use subtitles instead (via the chat transcripts). The transcripts can also be saved for future reference (which can be very useful).

The Skype Translator preview also includes instant messaging translations for 50 languages (including Klingon), so if your real-time language is not yet supported, you could probably use the IM feature instead.

Currently, the app is only available on Windows PC and tablets. I’d love to see this feature become available (even as a premium in-app purchase) on all Skype apps. It would open up more avenues for using real-time translation on the go.

Google is also working on real-time translation for its Google Translate service. The more options become available to us, the more opportunities we have to communicate with others around the world.

It’s just a matter of time before the barrier of language is completely gone. Does this mean we won’t have to learn a foreign language in school anymore?