Solid state drives have a lot of advantages over hard drives. They consume less power, generate less heat, and usually offer faster read and write speeds. Since an SSD has no moving parts, it’s also less likely to break than a HDD if you drop your laptop or other device.

But there’s one area where traditional hard drives have the edge: price. While SSD prices have been falling quickly over the past few years, they still tend to cost much more on a price-per-gigabyte basis than HDDs.

Now SanDisk is hoping to bridge the gap. 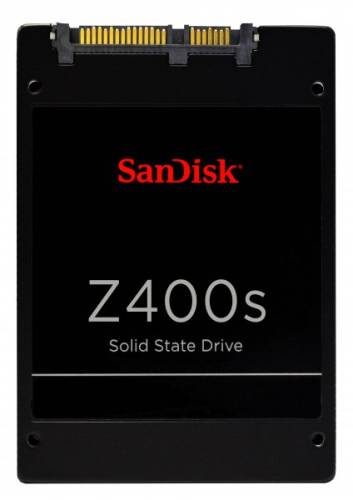 The company has unveiled a new line of solid state drives which SanDisk says will offer “a price point on par with HDDs.” That’s a bold claim since SanDisk hasn’t actually said how much it will charge for its new Z400s series drives. But if SanDisk even comes close to delivering on its promise, it could encourage device makers to consider using solid state storage in low-cost products.

SanDisk isn’t just targeting laptop computer makers. The SanDisk Z400s SSD is also aimed at embedded devices such as point-of-sales, surveillance, and digital signage systems. Since you don’t necessarily need a lot of storage for those types of products, SanDisk is offering models with as little as 32GB of storage, or as much as 256GB. They’ll be available in 2.5 inch, M.2, or mSATA form factors.

The company says the Z400s SSD offers 20 times the performance of a hard drive while using about 1/20th as much power and offering 5 times the reliability.