Pebble has announced that it will begin shipping its first smartwatch with a color display to backers of its Kickstarter campaign on May 27th. The goal is to ship Pebble Time watches to everyone who backed the campaign by mid-June. 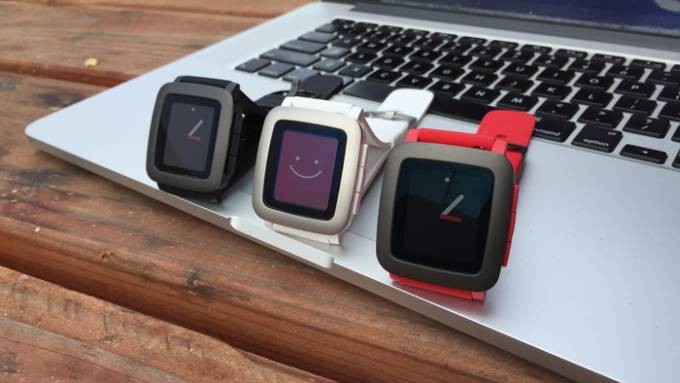 The team is also planning to launch updated versions of its Pebble apps for iOS and Android, allowing you to manage your smartwatch from your phone and link the devices so that your smartphone notifications will be sent to your watch.

The Pebble Time Watch mobile apps also function as an app store where you can download new watch faces and other apps.

Pebble launched a Kickstarter campaign for the Pebble Time watch in February, offering backers a chance to reserve a watch for pledges of $159 or more.

The full retail price of the watch is expected to be $199 after the first units ship to backers of the crowdfunding campaign and Pebble makes the smartwatch more widely available (assuming Pebble can afford to do that).

Like the original Pebble, the new Pebble Time has a low-power, always-on display that can last for up to a week at a time between charges. But the new model supports 64 colors, has a design that’s 20 percent thinner, and supports Pebble smartstraps which are wristbands that can add features such as NFC, WiFi, or extra batteries.