The NVIDIA Shield game console is set to hit the streets this month. It’s an Android TV box that you can use to watch online videos from YouTube, Netflix, or other sites, play Android games, or stream PC games using NVIDIA’s GameStream and GRID services.

NVIDIA is offering a $199 model with a Tegra X1 processor, 3GB of RAM, and 16GB of storage… but it looks like there may be another option. A device called the NVIDIA Shield Pro showed up briefly on Amazon this weekend.

Update: Alright, it’s almost sorta, kinda official: an NVIDIA employee confirmed that the Pro and standard models would be released at the same time… thus acknowledging that there is a pro version. 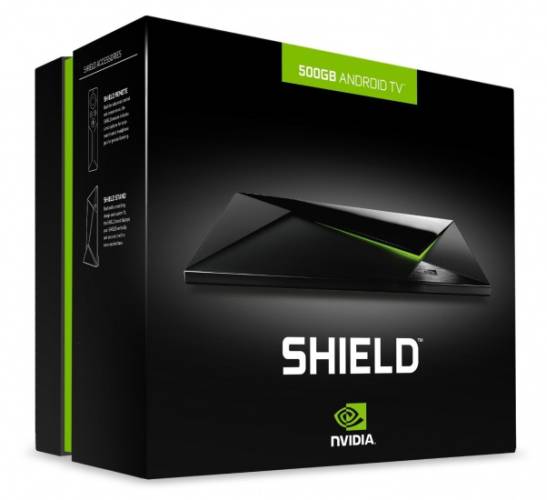 The product listing has been removed, but this isn’t the first time we’ve heard about a 500GB NVIDIA Shield console. In April the 500GB model was mentioned on the NVIDIA website, but the company later said that it had accidentally published information about a developer edition device and that there were no plans to offer the 500GB model as a consumer device.

But that doesn’t explain why a rather official looking image of a Shield Pro was posted to Amazon for a little while on May 16th before the product page was removed. It’s possible that the NVIDIA Shield Pro is a developer device… but it certainly looks like it’ll be available through regular retail channels at some point.

If the earlier leak is accurate, it’s likely that the Pro will sell for about $300, which is $100 more than the cost of the 16GB model.

via PC Perspective and Android Police