Microsoft is working on the next version of Office for Windows computers and it’s set to launch this fall. But now you can take an early build for a test. Microsoft has released Office 2016 Public Preview and it’s available as a free download.

Office has seen a lot of changes in the past few years. Microsoft has recently introduced new versions of Office for Mac, Android, iOS, and Windows devices with touchscreens including tablets and smartphones.

But Office 2016 Public Preview gives us an early look at the version of Office that many people are most familiar with: the Windows desktop app. 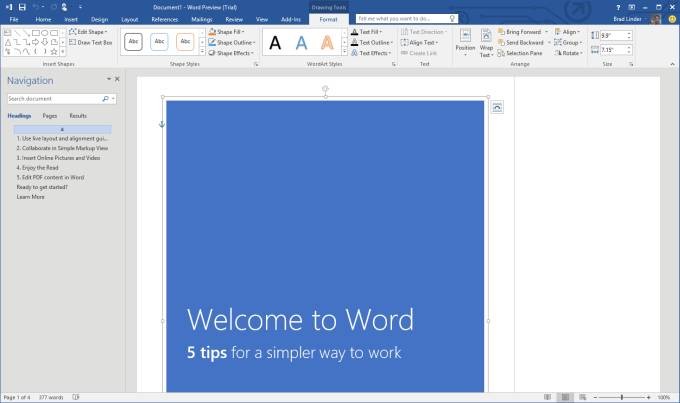 So what’s new? First up, there’s more support for cloud features, letting you save documents to the cloud or open and edit documents stored online.

There’s also support for real-time co-authoring of documents. Multiple users can edit the same document at the same time. This is a feature that had already been available in Office Online, but now it’s part of Office for desktop users.

Office 2016 also includes a new search tool called “Tell Me” which lets you search for commands by typing what it is you’re trying to do, and a “Clutter” tool for Outlook which helps keep your email inbox clean by moving low-priority messages to a Clutter folder automatically.

Other new features include new charts and graphs for Excel, and support for multi-factor authentication for Outlook.

Office 2016 Preview supports Windows 7 or later, but you’ll need to uninstall Office 2013 or earlier if you want to test the software.

While Office 2016 Preview is available to test for free, it’s a trial version of the software. You can use it for free for 180 days, but you’ll either need to sign up for an Office 365 subscription or pay if you want to keep using Office 2016 after it officially launches later this year.