Microsoft plans to launch Windows 10 for desktop, notebook and tablet computers this summer. Later this year the company will also release Windows 10 for phones… and according to several reports, Microsoft will launch at least two new phones that will ship with Windows 10 software.

The last few Microsoft Lumia smartphones have been entry-level and mid-range phones aimed at budget-conscious customers. But the next Lumia phones are said to be high-end devices with premium specs. 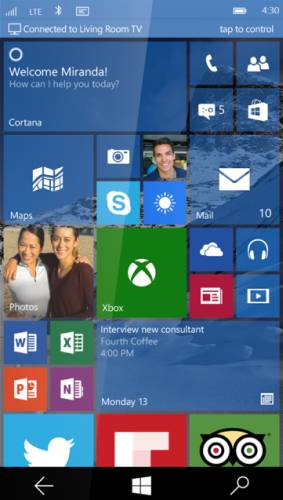 Unleash the Phones reports (and The Verge confirms) that we can expect to see two devices, code-named Cityman and Talkman, respectively.

If the reports are accurate, here’s what we can expect:

Both phones are said to have a triple-LED flash and share a number of other specs, although the Talkman appears to be a smaller, thinner model with a different CPU. It’s also unclear if that model will support Continuum.