Windows 10 will ship with a new web browser called Microsoft Edge. PC users will still be able to use Internet Explorer, but Microsoft is really pushing its new browser which features a new rendering engine, a new user interface, and support for new features including the ability to annotate websites with handwritten notes or drawings.

But it’s not just the new features that makes Microsoft Edge different from Internet Explorer: the new browser also drops a lot of features that have been part of IE for years. 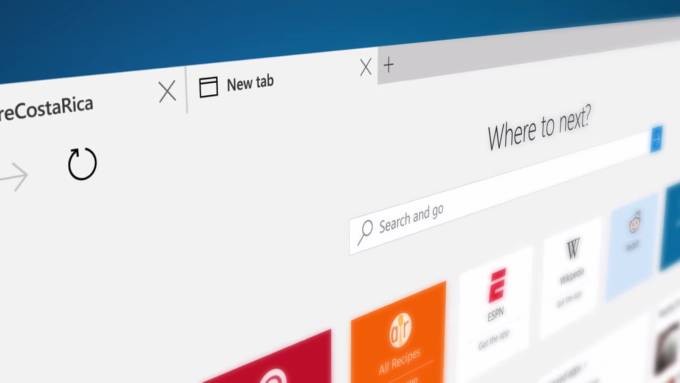 Members of the Microsoft Edge team outlined some of the changes in a blog post, explaining some of the features that would be dropped and why.

Among other things, the new browser lacks support for ActiveX, MIME filters, Webslices, Browser Helper Objects, VBScript, and Vector Markup Language. Instead the web browser will rely more heavily on HTML5, JavaScript, and other technologies that have been widely adopted by competing web browsers (and therefore, by web publishers and web app developers).

Microsoft Edge also includes built-in support for Adobe Flash and for rendering PDF files. It doesn’t require any third-party plugins to do those things.

Microsoft says cutting these features leads to improved performance and security while helping ensure that websites will look the same in Microsoft Edge as they do in other modern web browsers.

So what does this mean for websites that currently only support Internet Explorer? Fortunately there aren’t nearly as many of those sites as there used to be. While IE may be the browser that ships with Windows, its popularity has declined over the years as Mozilla Firefox, Google Chrome, and other browsers have become more popular.

But there are still some sites including custom-built enterprise solutions that rely on technologies such as ActiveX and that’s part of the reason Microsoft isn’t killing off Internet Explorer yet. By including two web browsers in Windows 10, the company gives users the option to fire up the shiny new browser or to use IE to access websites that rely on legacy technologies.

Or you can just install Firefox, Chrome, Opera, Maxthon, or whatever other browser you’d rather use.

Note that while Microsoft Edge will be available when Windows 10 ships this summer, there are some features that aren’t yet finished. Microsoft plans to roll out support for web extensions, Object RTC, and additional ways to the Cortana personal assistant with the browser through future software updates.