Smartwatches with a display that let you view notifications at a glance are cool, I guess… but you know what’s really cool? A smartwatch with two displays.

Well, cool or silly. I haven’t made up my mind yet.

Either way, Lenovo is showing off a concept smartwatch that has two screens, because… well, probably because it’s hard to make a smartwatch that stands out at a time when virtually every major electronics company has one. 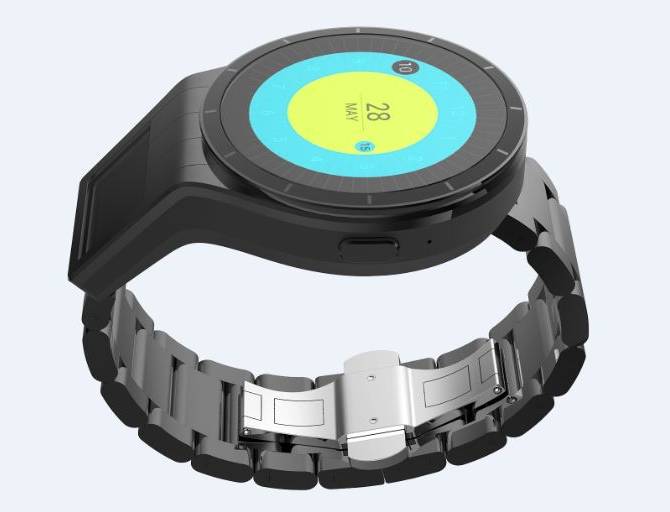 The Lenogo Magic View concept has a round display that looks a bit like the screen on the Motorola Moto 360. That’s probably no coincidence: Lenovo acquired Motorola last year.

What makes this watch different is the second screen which covers part of the strap. Lenovo calls the second screen a Virtual Interactive Display (VID). It’s designed to let you get a closer look at content… and to obscure content from view if you’re not close.

From a distance the screen looks opaque. Up close it’s a color screen. Hold it up to your eyes and you can view pictures of videos as if they were on a much larger screen. It’s sort of like the wearable display used in Google Glass, except you have to raise your wrist to your eye to see it. The Magic View also uses motion detection to let you view 360 degree images or videos by moving the device.

The watch is running a custom operating system based on Android rather than Android Wear, and includes software that lets you send content to VID.

Lenovo introduced the Magic View at Lenovo Tech World in China, where the folks at Mobile Geeks and Android Central got a little hands-on time with prototypes.