As expected, Lenovo has launched the LaVie Z line of thin-and-light notebooks in the US. You can order one from Lenovo.com.

Unexpectedly the laptops are a little heavier and a little more expensive than originally promised.

Still, the Lenovo LaVie Z is remarkably compact machine for a notebook with a 13.3 inch display. It measures about 0.7 inches thick and weighs 1.87 pounds if you opt for a laptop or 2.04 pounds if you choose the LaVie Z 360 which is a convertible notebook. 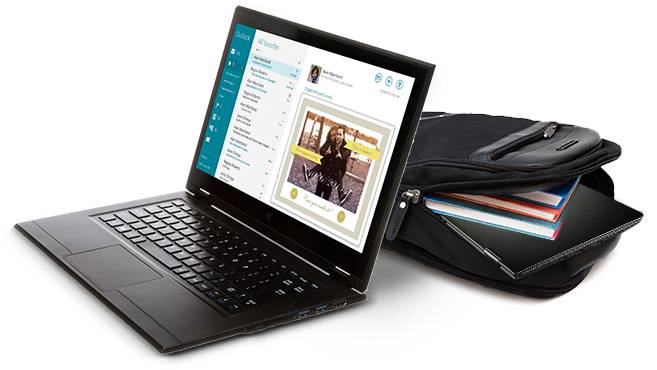 Prices for the Lenovo LaVie Z start at $1499… although in typical Lenovo fashion, that’s a “sale” price, and the list price is higher.

Lenovo had originally promised prices would start at $1299… and it’s still possible that we’ll see a lower-priced model at some point.

The company could easily shave some of the cost by offering a less powerful chip, less RAM and storage, a 1080p display, and a 4 cell battery. All of those are options listed in the spec sheet for this laptop.

The $1699 Lenovo LaVie Z 360 has all the same features as the laptop model, but it also has a touchscreen display which can be pushed back 360 degrees until it’s back-to-back with the keyboard. This lets you use the 2.04 pound LaVie Z 360 as either a notebook or a tablet.