KinoConsole is a program that streams PC games directly to your mobile device. By downloading the support app on a Windows PC and then downloading the mobile app, you can play such games as Grand Theft Auto V, Diablo, and more on a phone or tablet. 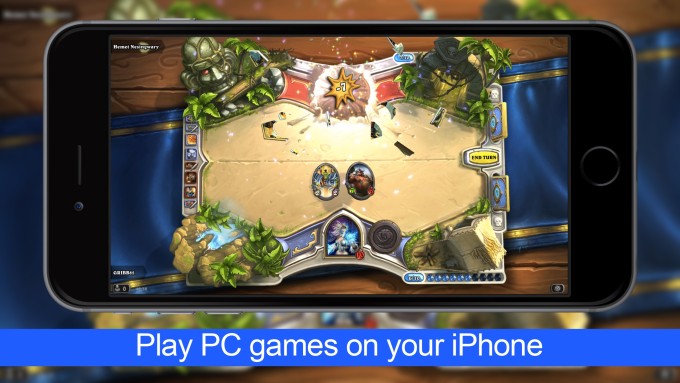 KinoConsole is very similar to NVIDIA GameStream, but without the need for a specific graphics card. Another thing that helps KinoConsole stand out from existing solutions is that, starting this Saturday, the app will be available on iOS (the link won’t be live until Saturday).

I should point out now that, although this program is coming to iOS, it still requires a Windows-based PC to download the support app. It won’t let you play Windows games on an iPad if your only PC is a Mac running OS X.

The mobile app supports 1080 HD resolution streaming at 60 frames per second for a seamless transition to mobile devices. It actually uses the same technology as NVIDIA GameStream for a low-latency experience.

It can automatically add games from Steam, Origin, and Blizzard to the game library (WOW on iOS? Could this be true?). It also supports MFi game controllers, but does feature customizable onscreen controls for those who have yet to invest in an external controller. There is also an option to use Xbox controller emulation.

The program is available for free with limited streaming and advertisement support. However, you will be able to download a premium version, which supports 60 FPS and no ads for $4.99. KinoConsole goes live on May 23rd, 2015.