Google’s Project Tango is an effort to create phones and tablets with special sensors and software designed to capture 3D motion and depth.

This lets the tablet create a three dimensional map of its environment in real-time, allowing you to create and run apps that blur the lines between real-world locations and virtual objects.

For example, architects or designers could see what a home looks like if you knock out a wall or move the furniture, and gamers could shoot aliens coming down the hall from the kitchen.

The company launched a Project Tango development kit last year. But the $1024 price tag made it kind of expensive. Now anyone can buy the tablet from the Google Store for $512. 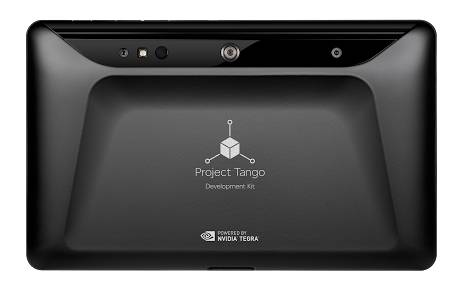 That’s still a lot of money for an Android tablet, but this model has some specs you won’t find on most other tablets including 4GB of RAM, 128GB of storage, and those depth and 3D motion tracking capabilities.

Note that this is still a development kit and it isn’t really positioned as a consumer device. That said, there’s nothing stopping consumers from buying it… you just might not get a lot of use out of the tablet’s most significant features until developers release software designed to take advantage of them.

via 9to5Google and Android Police