A year ago Google introduced Google Cardboard: a DIY kit that lets you turn a piece of cardboard into a device that lets you strap a phone to your face and turn it into a virtual reality machine.

This year Google is updating Cardboard with a new design that’s easier to assemble, easier to use, and which works with large phones. The Cardboard SDK also lets developers create apps that run on iOS as well as Android. 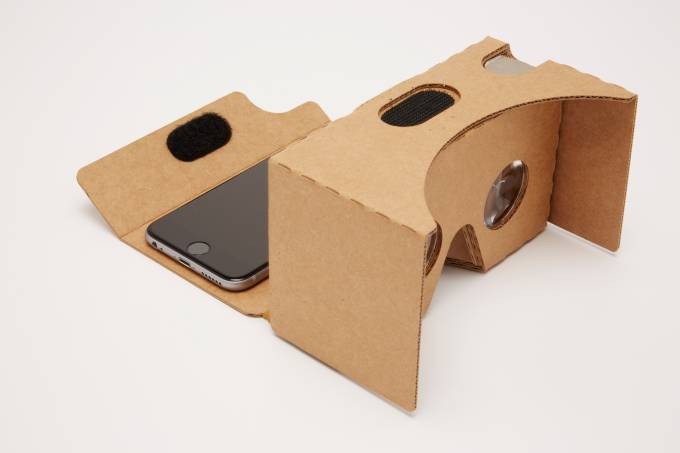 The new Cardboard can be assembled in just three steps instead of twelve. There’s a new button cut-out that lets the kit work with just about any phone. And now you can use phones with screen sizes up to 6 inches.

Google is also launching a new program for schools called Expeditions. Basically it’s a way to take kids on field trips to locations across the globe… without leaving the classroom.

A school that signs up for the program will get enough Google Cardboard kits and phones for each teacher and student in a class. They’ll also get software that lets the devices stay in sync with one another. That lets a teacher essentially take the kids on a tour of the location they’re exploring.

Want to record 360 degree video to create experiences that can be shared through Cardboard or other Virtual Reality content? Google has developed a system for doing that. It’s called Jump.

Jump includes a camera rig design that can be built out of just about anything (including cardboard). Google is also partnering with companies including GoPro to create camera rigs.

Then there’s software software for assembling the 360 degree photos or videos out of the imagery captured by your cameras.

YouTube will support Jump videos starting this summer, allowing you to view 360 degree stereoscopic videos on your phone.