Google is expanding its rollout of Android 5.1.1. The company recently rolled out source code for the latest version of the operating system and released a factory image for the Google Nexus Player.

Now there are also factory images available for the 2012 and 2013 Nexus 7 tablets as well as the Nexus 10. You can download and install them manually or wait for Google to roll out an over-the-air update… and you might not have to wait long. 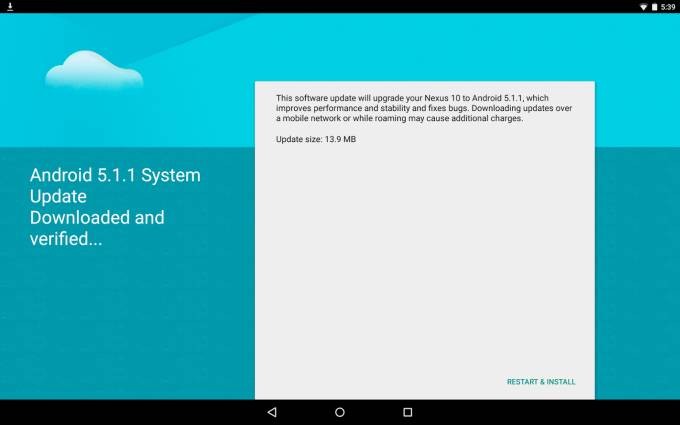 At least one Nexus 10 user has already received an OTA update. It’s a relatively small package, at just 13.9 MB.

That’s not surprising, since there aren’t any major new features in Android 5.1.1. Instead, the focus seems to be on fixing bugs. Android Police notes that we should see a few fixes affecting security issues, Chromecast performance, and the camera timeout on the Nexus 5 and Nexus 6 smartphones… although factory images and OTA updates aren’t yet available for those phones as of May 1st, 2015.

One of the nice things about Nexus devices though, is that they have strong independent developer communities: there are already a number of custom ROMs based on Android 5.1.1 available for both the Nexus 5 and the Nexus 6.