Google may be moving to tighten security of the Chrome web browser for Windows and Mac by making it tougher for users to install third-party extensions from sources other than the Chrome Web Store. But at least you can install extensions on those platforms.

Chrome for Android doesn’t support extensions at all… and there’s a decent change it never will. 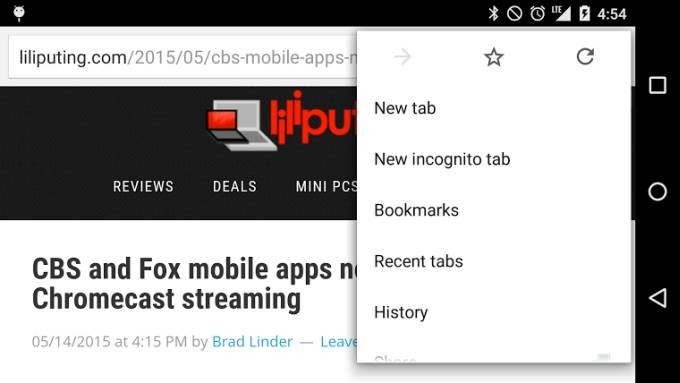 During an “Ask Me Anything” session on Reddit this week, members of the Chrome for Android development team said there are “no plans to add extension support on mobile” because the team hasn’t “been able to implement these on mobile and still have it be a good user experience.”

That’s not shocking, since Chrome for mobile devices can be a bit of a resource hog even without extensions. But it’s a disappointing answer, since extensions can add features that dramatically improve (or at least change) the behavior of a web browser.

One of the main reasons I use Firefox instead of Chrome on my smartphone is that Firefox supports a LastPass manager add-on, allowing me to securely login to hundreds of websites using the same tool I use on Chrome or Firefox on desktop and notebook computers. While the standalone LastPass app for Android offers a way to sort of work with Chrome through Android’s accessibility features, the experience isn’t as smooth as it is in Firefox.

At this point it’s not impossible that Chrome for Android could eventually add support for extensions. Much of the code for the Android app is shared with the desktop version of Chrome. But it sounds like it’s not a priority for the mobile team at this point.

7 replies on “Google Chrome for Android: No plans for extension support”