Google announced an updated version of Google Cardboard last week, allowing the low-cost virtual reality headset to work with larger sized smartphones. It is also easier to put together, and is now compatible with iOS devices.

Android users have had a full year with the do-it-yourself VR kit. But, if you are wondering how the experience fairs on the iPhone, read on. 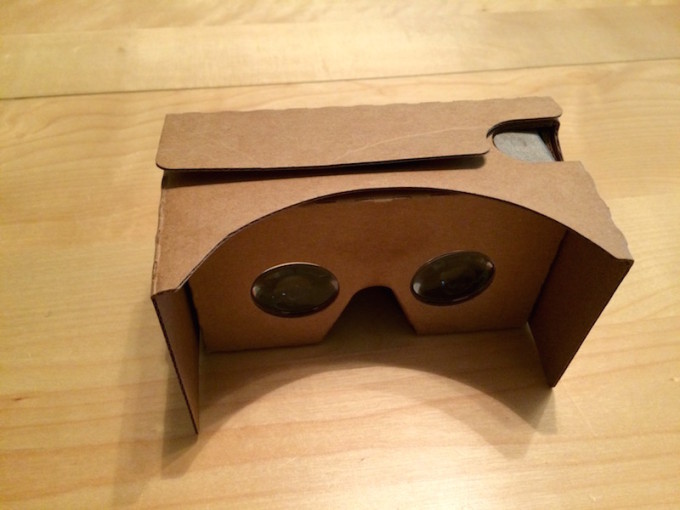 Just as Google announced, the pre-made cardboard kit is very easy to put together. All you have to do is flip over the viewer shade and then place your device in the designated area. Google added a rubber band to the setup, right were your smartphone sits, so it doesn’t slide around.

Although Cardboard has been updated for larger screen devices, it still works with four-inch screens just fine. So, if you are still using iPhone 5, you’ll be able to use the headset.

You can download the Google Cardboard iOS app to get a basic idea of how the device works. You will have to pair your iPhone with the headset to use the app. Once connected, place your iPhone into the headset and follow on-screen instructions. 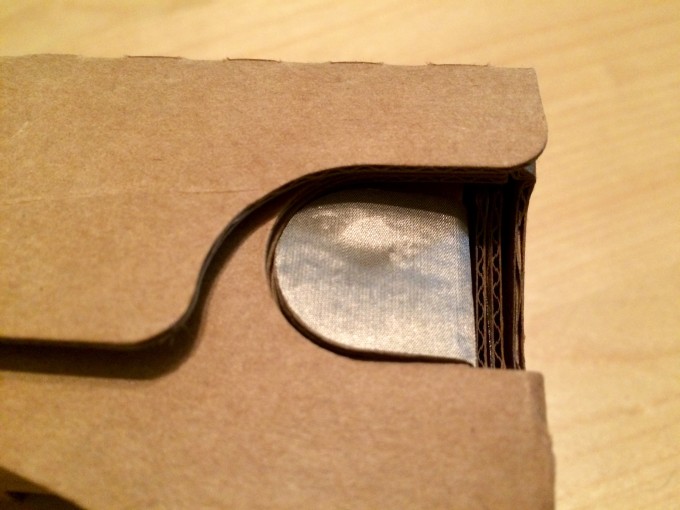 There is a conductive button at the top that, when pressed, will tap a specific spot on the screen that is used to help control certain apps.

The app includes four demo virtual reality scenes to give you an idea of how it works. You can visit a number of museums to get a closer look at such things as T-Rex bones, the Space Shuttle Endeavor, and images of Mars from NASA’s Mars Spirit Rover. Get a 3-D look at artifacts in the Exhibit section. Turn on the Kaleidoscope to go on a trip through shapes and colors. You can also go on an urban hike through the streets of Paris or Tokyo. 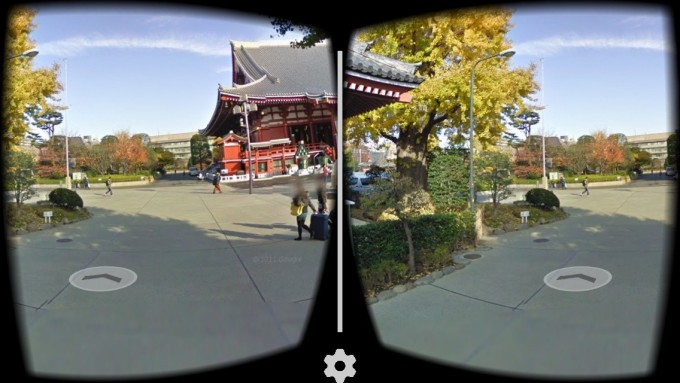 You don’t have to use the Google Cardboard app for iOS, though. There are already a number of stereoscopic apps available in the App Store. Most of them are not necessarily designed specifically for Cardboard, but the ones I tested work perfectly with the headset.

Google also added a YouTube channel to showcase 360-degree videos. These clips are compatible with virtual reality headset, and Google even has a group of videos that are ideal for viewing with Cardboard

I look forward to developers updating their android apps for iOS. There are some amazing VR apps in the Google Play store made specially to work with Cardboard. It would be great to see them on iOS, as well.

Using the iPhone 5S with Google Cardboard, I noticed that none of the images were particularly clear. They weren’t unwatchable, but everything had a slight blur to it, making my viewing experience slightly uncomfortable. It hurt my eyes after a few minutes, and when I removed the headset from my eyes, I experienced a strange sensation of blurred vision for about 30 seconds. 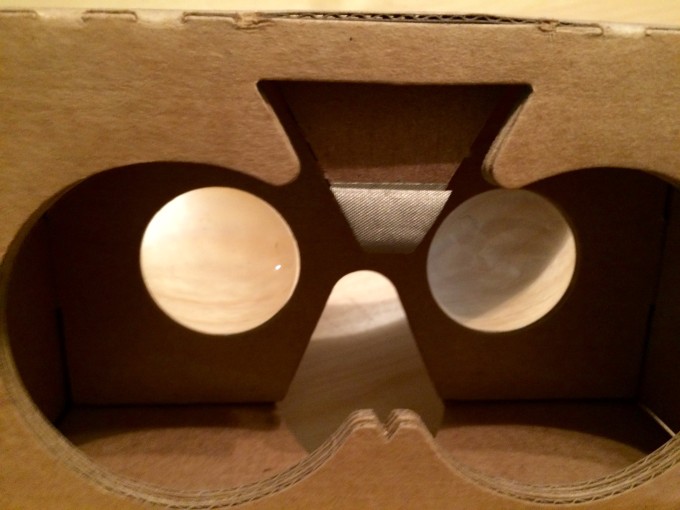 I don’t own a device with a larger sized screen, so I can’t say whether users would experience something similar on their smartphones. However, TechCrunch notes that the app works smoothly with the iPhone 6 (the best experience the reviewer has had with Cardboard thus far).

So, if you are looking to invest in the approximately $20 virtual reality headset, I’d think twice if your screen size is smaller than five inches. The experience is fun, but the blurry imagery makes it difficult to spend more than a few minutes at a time immersed in the 3-D world.

4 replies on “Google Cardboard for iOS: Hands-on with the low-cost VR headset”