Eltech launched an application called ExaGear Desktop last year, offering the ability to run software developed for x86 chips on computers with ARMv7 processors. That means you can run x86 apps on a Raspberry Pi 2. 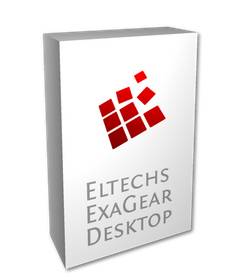 ExaGear Desktop is basically a virtual machine the emulates an x86 processor on ARM-powered hardware, allowing you to run apps which may not otherwise be available on a device like a Raspberry Pi, ODroid, CubieBoard, NVIDIA Jetson developer board, or similar hardware.

The software supports Linux-based operating systems including Ubuntu 12.04, Ubuntu 14.04, Debian 7 and Raspbian. Want to run Windows apps? You can’t use ExaGear Desktop to load the full desktop version of Windows, but you can install WINE and give specific Windows apps a try.

While ExaGear Desktop now supports the first-gen Raspberry Pi with a single-core ARM11 processor, like most apps, it will run better on faster hardware such as the Raspberry Pi 2, which features a quad-core ARM Cortex-A7 processor.

Eltechs normally charges $20 and up for ExaGear Desktop, but right now it’s on sale for about $10 off, which means you can buy Raspberry 2 version for $15, the first-gen Raspberry Pi version for $10, or a general-purpose ARMv7 version for $20.