To celebrate Star Wars Day, (May the Fourth bet with your),  iFixit has a very special teardown.

The do-it-yourselfers are known for being the first to get a new gadget and subsequently taking it apart, piece-by-piece. For this teardown, they’ve gone back a long time ago, in a galaxy far, far away. 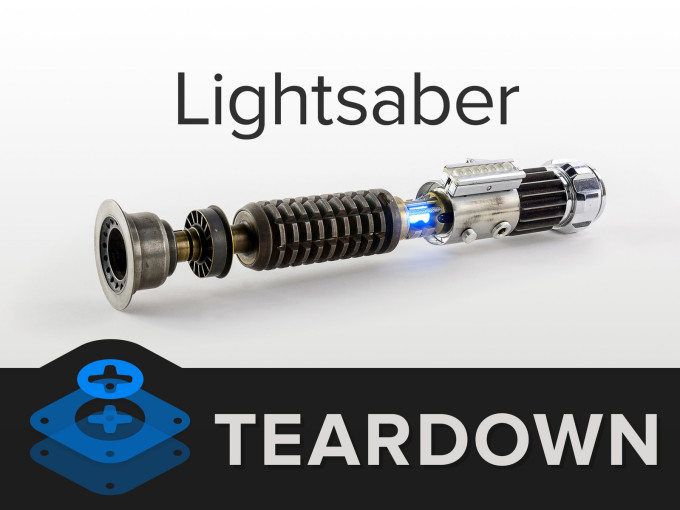 iFixit managed to get their hands on Obi Wan’s lightsaber (I guess he doesn’t need it anymore) and ripped its guts out. What did they find? Well, besides the blue Adegan Crystal that powers the magic of the laser sword, it turns out that lightsabers are powered by a diatium power cell. No wonder they can last an entire battle without wearing down. Of course, iFixit points out that the blade acts as a charger, continuously re-juicing the diatium cell whenever the saber isn’t in contact with another object.

At one point, the iFixit crew had a “slight weapons malfunction” and enlisted the help of a robotic hand to take apart the saber’s handle.

Once the Adegan crystal was exposed, it was easy to see just how the entire saber is powered. Since Adegan crystals are Force-sensitive, Jedi are able to power them with their swords. Over time, Adegan crystals actually attune to a Jedi, building a bond with its wielder. 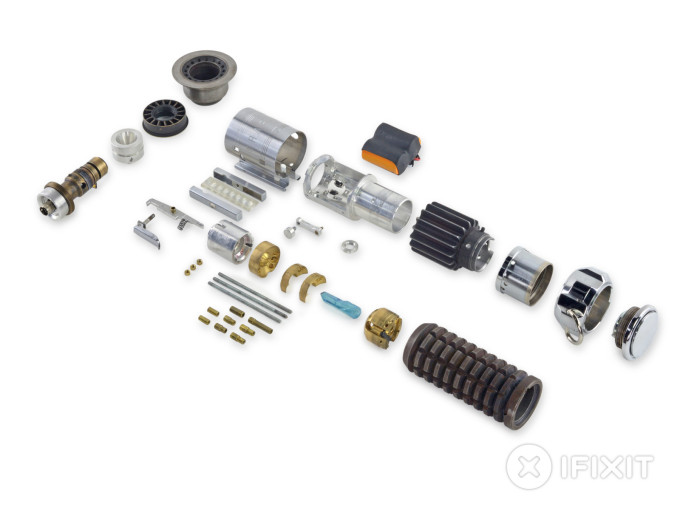 Overall, iFixit gives the lightsaber scored a 10 for repairability, but notes that, if you lose the Adegan crystal, you’ll have to travel a very long distance through space (and time) to replace it. Plus, since there is no repair documentation, you must rely on your wits to try to figure it out (Do or do not, there is not try).

Happy Star Wars Day and May the Fourth Be With You. I can’t wait to see what iFixi it will do for Revenge of the Fifth. Maybe they will teardown Kylo Ren’s crossguard lightsaber.

2 replies on “Ever wonder what is inside a lightsaber? Here’s a teardown guide”