Remix OS is a version of Google Android that’s been tweaked to work more like a desktop operating system: There’s a taskbar at the bottom of the screen and support for viewing multiple running apps at once by running them in phone mode and then moving them around the screen to suit your needs.

The software is developed by Chinese startup Jide and right now it’s only available on one device: the Jide Remix Ultra tablet. But it looks like Jide may be working with other companies to bring Remix OS to additional hardware.

Update: Cube has launched the Cube i7 Remix tablet in China for about $160. 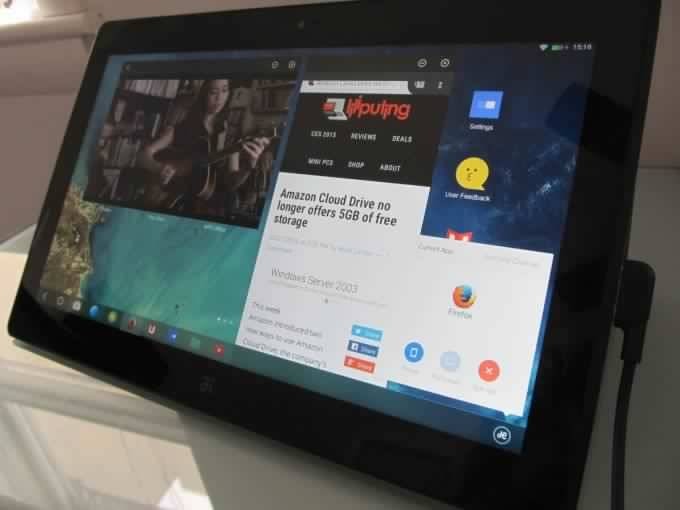 There’s no word on whether Cube’s tablet will be designed to look as much as possible like a Microsoft Surface the way Jide’s tablet is.

While Remix OS is certainly the most unusual thing about the Remix Ultra, the tablet also has a nice sturdy build quality, a handy built-in kickstand, and other features that give it a premium feel including a magnetic charger that snaps into place and a magnetic connector for the detachable keyboard cover which holds that accessory in place as well.

Still, whether Cube’s Remix OS tablet is a premium device or an entry-level product, anything that gets Remix OS into the hands of more people could be a good thing since it’d give Jide incentive to continue working on and improving its software.

The company is already planning to launch Remix 1.5 based on Android 5.0 Lollipop soon. It’ll be available initially in China, and once the kinks have been worked out Cube will make Remix OS 2.0 available to beta testers in the US.

Jide also plans to release custom ROMs that will let you run Remix OS on the Google Nexus 9 and Nexus 10 tablets in the future — but Cube may be the first company other than Jide to launch a device that comes with the software pre-installed.