Chinese chip maker Allwinner announced plans in January to build a 64-bit ARM Cortex-A53 processor that would sell for just $5.

Now the company says mass production of the Allwinner A64 chip is set to begin in June which means we could see low-cost devices powered by this processor in the second half of 2015. 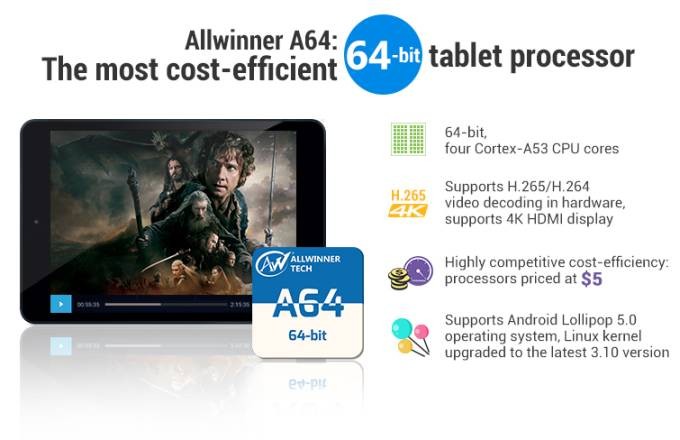 Allwinner processors are already in some pretty low-cost tablets, TV boxes, and other devices. But some of the company’s higher-performance chips like the Allwinner A80 Octa are actually pretty decent performers. It’ll be interesting to see what kind of performance we can expect from that chip’s low-cost cousin.

It’ll also be interesting to see just how inexpensive tablets and TV boxes with the chip will be. You can already find plenty of Allwinner-powered devices for under $50.