Hugo Barra and Xiaomi took to the stage in New Dehli today to reveal the company’s latest smartphone. What they showed off was a surprisingly powerful new device with a surprisingly low price tag. 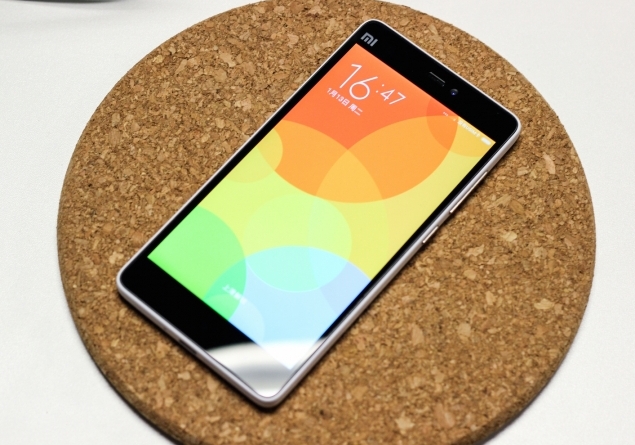 This is the new Xiaomi Mi4i, an update to their Mi4. It’s both thinner and lighter than the previous model, at just 7.8mm and 130 grams. That’s slightly thicker than the iPhone 6, though Xiaomi notes several other ways their phone beats Apple’s latest.

For one thing, they needed a bit of room to stuff in a generous 3120mAh battery. That’s nearly 25% larger than the non-removable battery the Galaxy S6, and it’s just a tad smaller than the one in the Nexus 6.

Getting back to how the Mi4i stacks up to the iPhone 6, it’s also got a larger disaply — a 5-inch 1080p panel. That makes for a higher pixel density (440ppi vs 326ppi on the iPhone 6). The Mi4i also boasts a higher screen-to-body ratio, something we’ve seen more manufacturers boasting about lately as bezels start to become a thing of the past.

Under the hood of the Mi4i you’ll find an octa-core Snapdragon 615. A 13 megapixel stacked CMOS camera sits on the phone’s back side, paired with a 5 megapixel f/1.8 shooter on the front.

As for software, the Mi4i runs Xiaomi’s latest MIUI skin on top of Android 5.0. All in all, it’s a pretty impressive package for a phone with a retail price of around $200. Like a lot of the slick — and reasonably-priced — gear that Xiaomi has unveiled since Hugo Barra joined the company, though, you’ll probably have to look to sites like AliExpress if you want to pick one up… though it’s always possible they could list the Mi4i in their new U.S. web store.

At least you won’t be alone. Even Xiaomi’s fans in China won’t be able to get their hands on the Mi4i initially. It’s the first device the company is launching outside the country.