Microsoft may be calling its upcoming operating systems for phones, PCs, and other devices by the same name (Windows 10), and even using much of the same code across each of these platforms. But Windows 10 for phones and small tablets isn’t exactly the same as Windows 10 for notebooks, desktops, and larger tablets… and it won’t launch at the same time either.

We already knew that Microsoft planned to launch Windows 10 for PCs this summer. But now the company is explaining that Windows 10 for phones will come a few months later… probably in the fall of 2015. 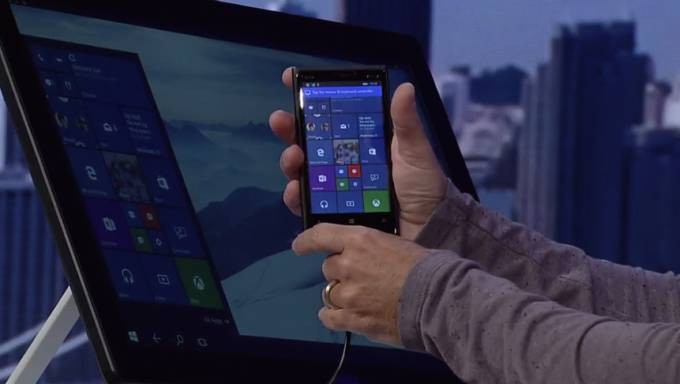 Also unlikely to launch this summer? Windows 10 for Xbox, HoloLens, and other devices.

Even though you’ll be able to install Windows 10 on your computer (or buy a new PC with Windows 10 pre-installed) starting this summer, Microsoft says some of the features it plans to include in the operating system won’t be available at launch.

That’s actually not too big a deal though. Microsoft has used Windows Update to roll out new features, bug fixes, and security updates for its operating systems for years and the company plans to pick up the pace with Windows 10. This is part of what the company means when it refers to Windows as a Service.

Windows 10 will be offered as a free update for just about anyone running Windows 7 or later for the first year that it’s available. Once it’s installed the company will continue to push out free updates as they become available, which means that Windows isn’t just software you buy once and use as it is. It can evolve over time.

So if Aero Glass effects, Windows Spotlight, or some other features aren’t ready to go on day one, it should be easy for Microsoft to push them out as free, over-the-air updates.

Core features like the new Start Menu, improved Windows Store, and ability to run Store apps like normal desktop apps should be there… and we’ll probably see some high profile software like the new Microsoft Edge web browser and Cortana digital assistant. They just might not be feature-complete at launch: for instance, the Edge browser might not support web extensions at launch, but the feature could be made available a few months down the road.

But if you’ve been holding out hope that you’d be able to buy a smartphone that you can also use as a desktop PC this summer, it looks like you’ll probably have wait until this fall. That’s when Windows 10 for phones will probably launch, and there’s a good chance it’s also when Microsoft will introduce a new Lumia phone that can take advantage of that feature.