The Asus Zenbook UX305 is a thin and light laptop that offers a pretty great value. For $699 you get a 2.6 pounds notebook with 8GB of RAM, 256GB of solid state storage, a 13.3 inch full HD matte display, and an Intel Core M Broadwell processor.

You also get Windows 8.1 software… but what if you’d rather run Ubuntu?

Sure, you can do that. 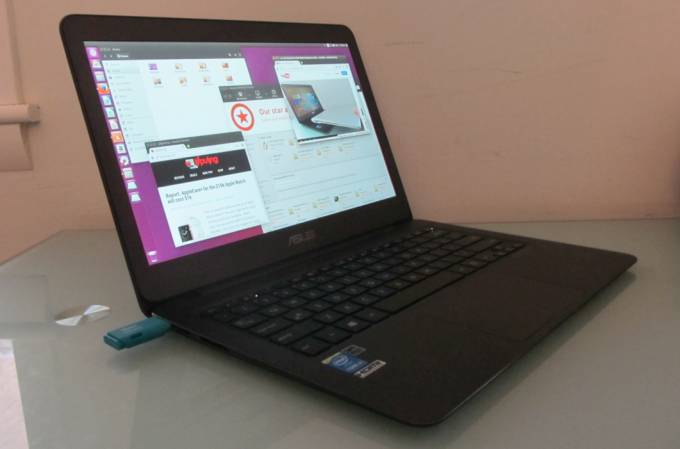 I was able to download a recent daily build of Ubuntu 15.04 Vivid Vervet 64-bit, load it on a USB flash drive using UNetbootin, and then boot the Zenbook UX305 from that flash drive.

The operating system loaded quickly and most of the hardware worked without any problems. I was able to connect to my WiFi network, surf the web in Firefox, watch YouTube videos, and install apps using the Ubuntu Software Center, among other things.

I did all of this while running from the Live USB image, but you should also be able to install Ubuntu to internal storage to either dual-boot Windows and Ubuntu or to replace Windows altogether.

Note that while the keyboard shortcuts for volume, mute, and disabling the touchpad were all recognized, pressing the buttons to adjust the screen brightness did nothing. I suspect folks who spend a little more time testing Ubuntu on the Zenbook UX305 than I’ve spent will be able to find a workaround for that issue though.

Another thing to note is that not all GNU/Linux operating systems will necessarily run smoothly. Before running Ubuntu 15.04 I tried 32-bit and 64-bit builds of Linux Mint 17.1, and couldn’t get past the boot screen using either version. In fact, I couldn’t even boot Linux Mint from a USB flash drive — I had to burn the operating system to a disc and use a USB disc drive. But after choosing the “try without installing” option from the GRUB boot menu, I was greeted by a blank screen.

I also accidentally tried using a 32-bit build of Ubuntu before switching to the 64-bit build. That didn’t work either.

The good news is that Ubuntu 15.04 64-bit works whether you disable secure boot or not.

All you need to do is prepare a flash drive, insert it, reboot the computer, and hit the Esc key during boot to bring up the boot options menu. 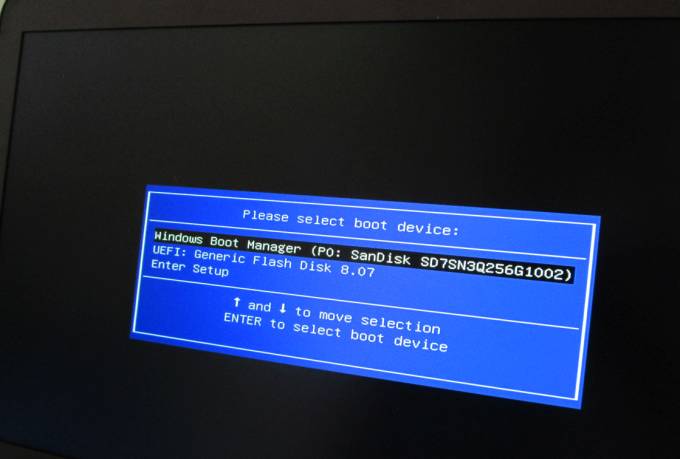 From here you can go into the UEFI settings if you want to make changes. The system default settings have Secure Boot enabled and Legacy Boot enabled and Ubuntu works with those settings, but you may need to make adjustments to run some other operating systems.

23 replies on “Ubuntu on the Asus Zenbook UX305 ultrabook”